June’s birth stone, Pearls, are quite possibly the most versatile gem stone. With a beautiful array of colors, they possess the ability to suit every age and skin color. 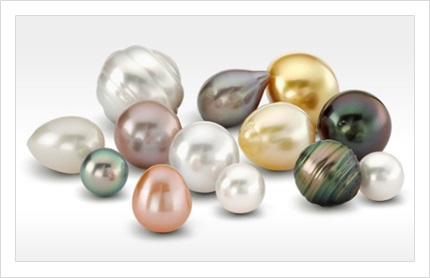 It is a gem that can be stunning and hold its own as a centerpiece of jewelry, or become subtle and give just a hint of demure beauty. I personally love how Pearls can be adapted to all styles and fashions. They are preppy, bohemian, elegant, modern and of course, classic. Pearls are identified with many cultures, from London’s socialites to the East; Japan and the Philippines, Indian royalty, American classic (think Jackie Kennedy), the Arabian Gulf which prides itself on its pearls and Tahitian exoticism. 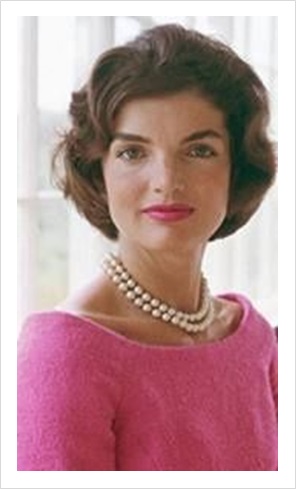 Gemme Couture, especially feels an affinity with Pearls, as they are, in a way, the national birth stone of Dubai, our home. Dubai started its business life as a pearl port and trading post. The beautiful and adored Pearl was an initial basis to Dubai’s economy, with a rich history in trading understanding them and trading in them.

Due to the world’s ardor of Pearls, natural wild Pearls are now very hard to find. Pearls originate in both fresh and saltwater and are now cultured in both. Their amazing formation and growth is so unique, beautiful and natural, continuously making them such special gemstones through the ages. 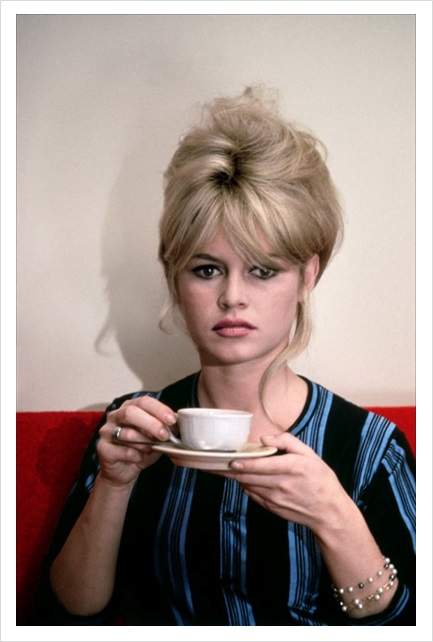 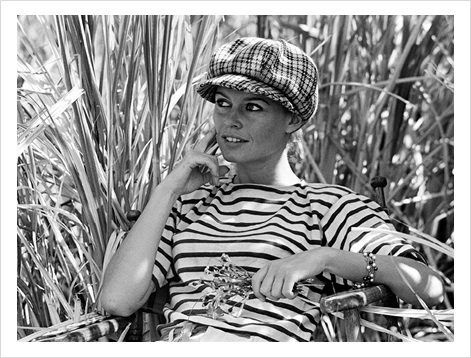 As well as their magical conception of growing inside mollusks/shells, I think their beauty and uniqueness derives from the beautiful iridescent phenomenon called Orient, which they all possess, that very pretty almost metallic effect they demonstrate. Their extraordinary wide range of color and mixed tones of green and rose etc. are also so magical.

Natural Pearls form in the bodies, or mantle tissue, of certain mollusks/shells, usually around a microscopic irritant, for example a grain of sand or tiny chip of shell, and always without human help of any kind. The growth of cultured Pearls requires human intervention and care. Today, most of the mollusks used in the culturing process are raised specifically for that purpose, although some wild mollusks are still collected and used.

Akoya – Japan and China both produce saltwater Akoya cultured Pearls. They come in a wide range of sizes, from 2mm to 11mm. In terms of their color, they can be white, cream and cream with slight color overtones.

Tahitian – Cultivated primarily around the islands of French Polynesia (the most familiar of these is Tahiti), these saltwater cultured pearls usually range in size from 8mm – 14mm and come in a wide range of shapes from spherical to unusual baroque. They are famous for their silvery grey to black color but variations exist from silver, cream, grey, black, brown, green, yellowish green, purple with green, blue or rose overtones.

South Sea – Australia, Indonesia, and the Philippines are leading sources of these saltwater cultured Pearls. Usually 10mm to 15mm in size, usually spherical shapes but can also be semi- baroque, they come in a range of colors from neutral and white, to orange, to purple, with all the array of wonderful overtones.

Freshwater – These are usually cultured in freshwater lakes and ponds. They’re produced in a wide range of sizes, shapes, and colors. China and the US are the leading sources. A wide range of sizes are available from 1mm to 13mm. They have a huge range of shapes from spherical to heavily baroque. Color wise, they range from white to grey and blue, but are often dyed and so have the widest range on the color spectrum.

Taking our lead from Brigitte Bardot and Jackie Kennedy, Gemme Couture works a lot with Pearls and has beautiful collections. 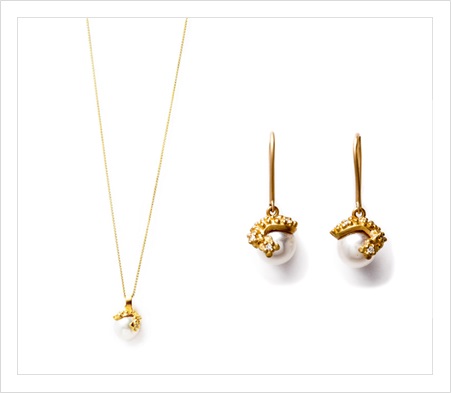 Pearls are said to aid in inner vision and help improve self-worth. It is believed that the wearer of Pearls is able to see the love of the person from whom the gift was given. Once believed by some cultures to be the tears of God, the Pearl is sometimes referred to as the “Queen Gem” (Diamond being the “King Gem”). The Ancient Hindus included Pearls among the five precious gems in the magical necklace of Vishnu. Traditionally, the Pearl is an emblem of chastity and purity, symbolizing love, success and happiness. These gems were once credited with possessing the ability to reproduce themselves. This quality was attributed to every ninth Pearl, each of which would be placed in a bottle with two grains of rice and left to breed. In very early medical treatments, Pearls were crushed and taken internally in honey or wine to cure a variety of ailments. They were also sometimes dissolved in acid and swallowed to honor a famous personage…Cleopatra did this to honor Marc Antony and Sir Thomas Gresham to honor Queen Elizabeth I of England. Pearls were considered a powerful protective amulet and particularly treasured by divers and fishermen who wore them as protection from the perils of the sea. 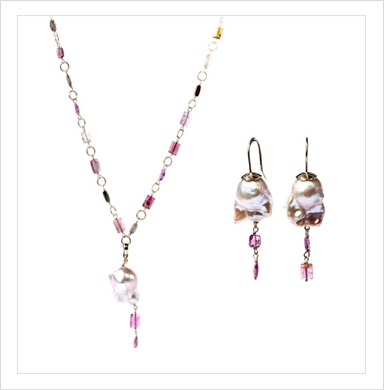 Gemmes and the City Collection: Baroque Pearl Necklace and Earrings with Multi-Color Tourmalines 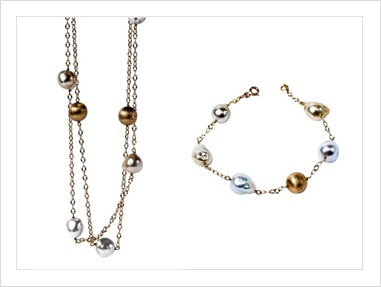 Enjoy June with Pearls, whatever your style, taste or age.