The History of Jewelry

The earliest finding of jewelry was dated around 25,000 years ago. A simple necklace made of fish bones was found in a cave in Monaco. The function of jewelry has evolved and varied over time from a form of currency to a fashion accessory and form of artistic expression. Numerous cultures have utilized jewelry as a form of currency and continue to do so today. Royal jewels have been used to secure the wealth of counties and for many our precious metal and gemstone jewelry rank among as our most expensive assets. 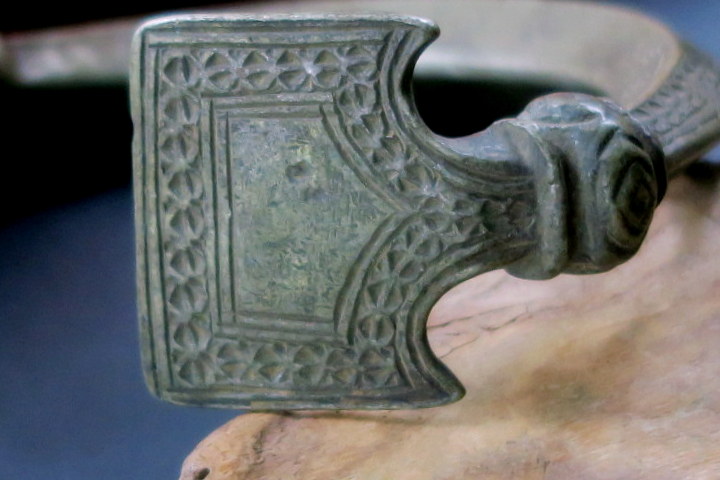 Iran and the Mediterranean

The earliest traces of jewelry can be traced to the civilizations that bloomed in the Mediterranean and what is now called Iran around 3,000 to 400 BC. These were usually simple stone amulets and seals. Many of these amulets and seals carried spiritual meanings, stars, and floral designs. Jewelry was offered to the gods and was used to dress up statues. The Royal Tombs in ancient Sumner, dating back to 3000 BC, delivered to us the greatest collect of all times. There they found mummies encrusted with every imaginable type of jewelry worn, headdresses, necklaces, earrings, rings, crowns, and pins.

Many consider the period of Egyptian jewelry as the dawning period for our modern form of jewelry. It was during this time that the manufacturing of jewelry became a profession and techniques and skills evolved to create a wide variety of styles and adornments. Jewelry craftsman began to utilize artistic skill and an increasingly wide variety of materials. While artistic skill was valued the primary purpose of jewelry was to act as amulets and talismans. Gemstone and metal color was of greater importance than any other attribute. Gold was used extensively but this is primarily because it was readily available and very easy to work with. Many expensive gemstones we consider precious today like diamonds were very rarely used simply because they did not exhibit the color or symbolism of other gemstones. Egyptian beliefs stipulated that every gemstone carried certain mystical powers which would be transferred to the owner when worn as jewelry. Symbols such as the sacred Egyptian scarab also formed an important part of jewelry and were also believed to carry certain powers. 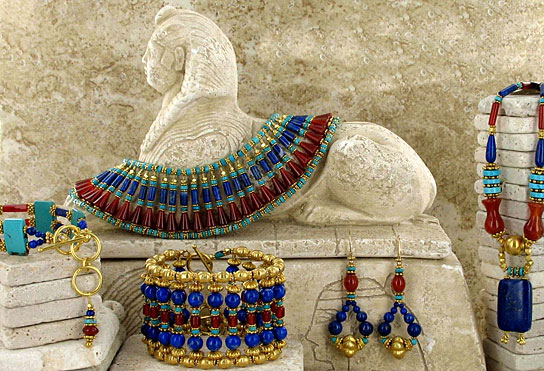 Bahrain is a flat island in the Persian Gulf, located off the coast of Saudi Arabia. This was an island, not of nobility and wealth. but an island of commoners where 170,000 burial sites have been discovered. The most ancient are nearly 4,000 years old while some are as recent as 300 BC. These were everyday people who actually had a high standard of living. Archeologists have flocked to Bahrain trying to discover how these people lived. They found bronze axe heads, javelins and they even found a 4,000 year old pot traced to ancient Oman. But their real find was a 4000-year-old pearl and gold earring, the oldest ever found.

The Greeks and Roman era

Early Greek and Roman jewelry relied heavily upon trade with neighboring cultures and is therefore quite varied in style and construction. Cultural symbolism once again played an important part of jewelry during this period. Greek and Roman jewelry was often created to symbolize legends and gods and later popular cultural beliefs. During this time metal working techniques evolved and jewelry pieces became more intricate and delicate. These techniques resulted in the increased popularity of earrings and other pieces which required more delicate construction methods. This period is renowned for the creation of the cameo. The cameo is a piece of stone carved to create a portrait of a leader or god. This form of jewelry remains popular today and has enjoyed a number of resurgences throughout history. 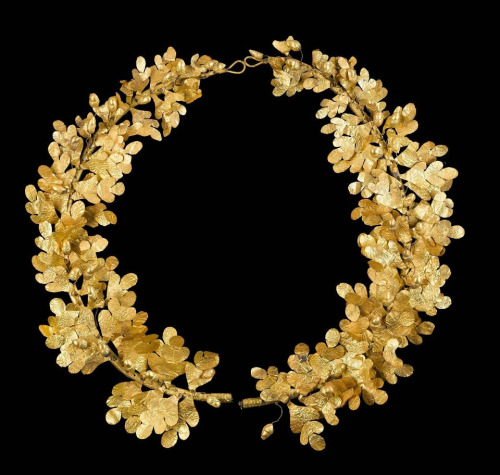 By the Roman era most gem stones that we use today had already been discovered. Myth and magic was the rule of the day and gemstones were treated with respect. They also had a second purpose; the Roman women would wear hairpins that were long enough to be used in self-defense! The Romans had also loved the cameo and cherished it for its beauty. Bracelets for the wrist and upper arms as well as necklaces became popular, as did jewelry made from gold coins.

No empire had demonstrated a richer tradition in jewelry than the Byzantines. The Byzantines inherited this prestigious position after the Emperor Constantine moved the capital to Constantinople in 330 AD. This empire merged the greatness and richness of Greece, Egypt, the Near East, and parts of Russia and North Africa. The combination of influences of this melting pot lead to the use of rich colors, oriental symbolism, and it lasted through the Middle Ages. Their designs were carried west into Europe by trade, marriage, and war. The art of cloisonné enameling, where glass glaze is poured, set into pre-soldered patterns or cells, and then fired at a high temperature to melt the glaze into a permanent design, flourished during the Byzantine period.

Jewelry during this time was used primarily as a form of symbolizing Christian faith. During the early part of the middle ages Christian monasteries were responsible for producing the better part of the worlds jewelry. Precious stones and metals were once again reserved for the wealthy and were even for lower classes during certain periods.

In the Middle Ages the royal family and churches frowned on commoners wearing jewelry or trying to copy their clothes or manners. The nobility considered this a special privilege only for them to enjoy. To enforce this idea Sumptuary Laws were initiated. Such laws were meant to curb opulence and promote thrift by regulating what people were allowed to wear. 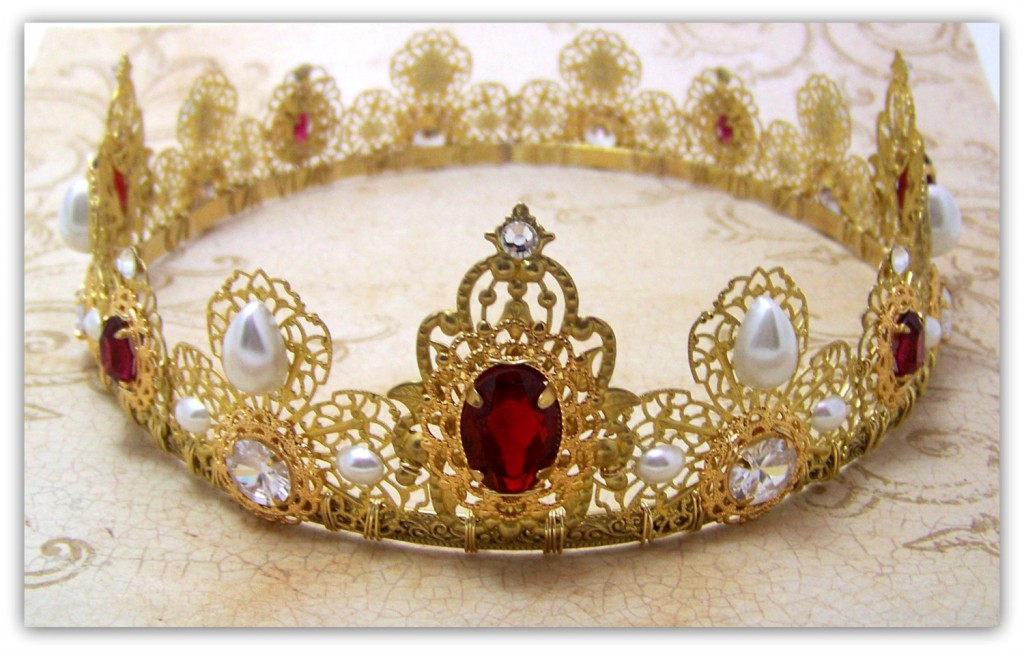 The Crusades were the first real trade between East and West in several centuries and this opened up a new world of trade and communications. It exposed the Europeans to new products and ideas. From the twelfth to the fifteenth centuries, few peasants wore jewelry, except sometimes a brooch or hatpin was seen.

Although the French set fashion trends in the sixteenth century, England royalty Henry VIII wore the most extravagant of clothing. He boasted at least 234 rings, 324 brooches, diamond and pearl studded necklets. His daughter, Elizabeth I, loved pearls so much that she had over 2000 dresses made, each weighted down with pearls and gemstones.

Elisabeth’s clothing was typical of this period. The Queen of Spain also wore dresses heavily jeweled and embroidered with pearls.

King Louis XIV of France endeared the fact that his court would be the most magnificent throughout the land. During his reign (1642-1715), larger diamonds were imported from India than at any other time in history. Ever hear of the blue Hope Diamond? It is believed that it was bought from Jean-Baptiste Tavernier and was to be set in a necklace by the Royal Jewelers Le Grand. This necklace was to be given to his grandson as a wedding gift for Marie Antoinette, but instead it was stolen. 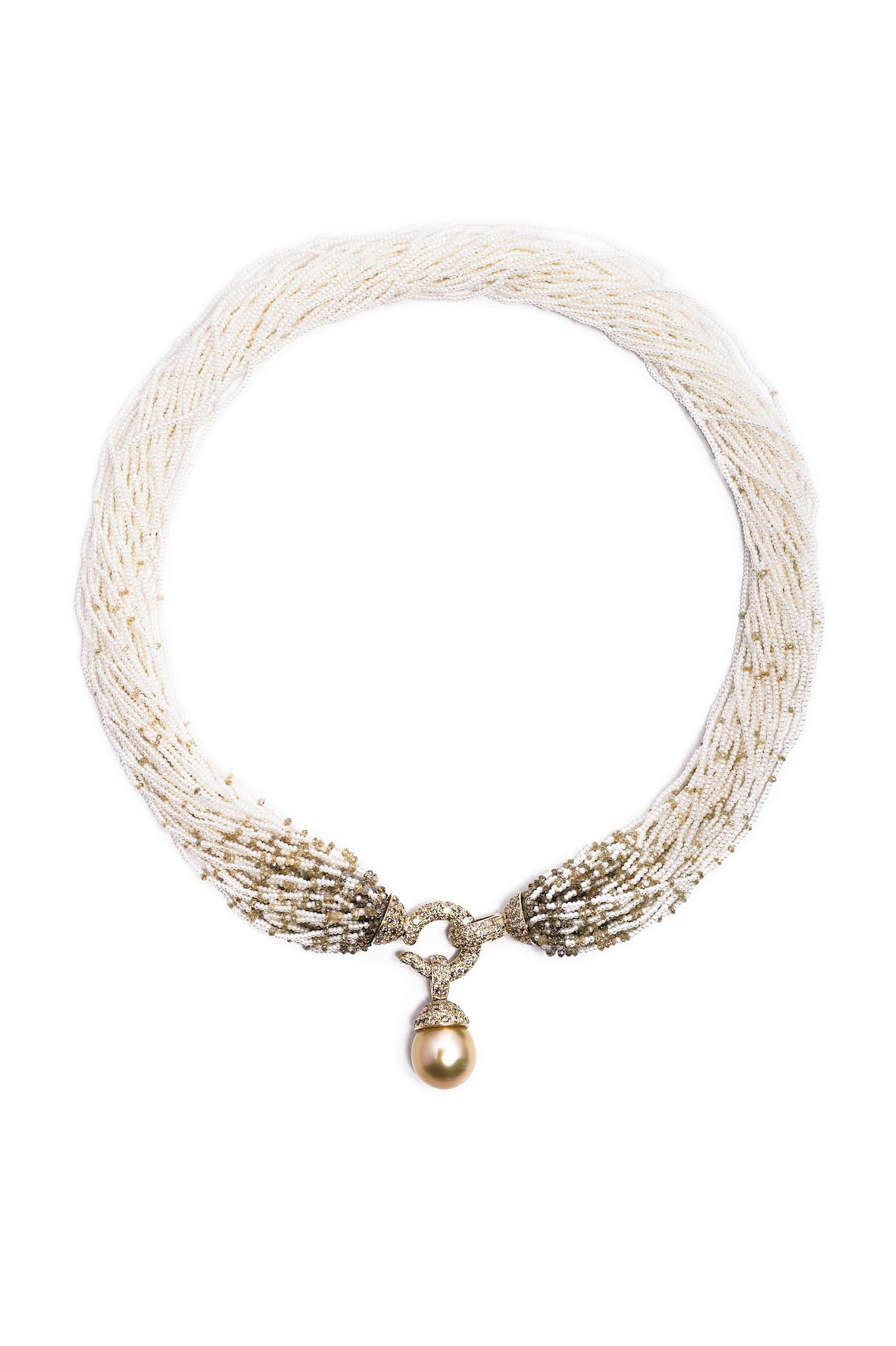 Commonly referred to as the “Jewel Age” jewelry began during the Renaissance to adopt a newfound purpose. Prior to this time jewelry served primarily as form of symbolism and wealth, forming an integral part of expressing religious and cultural beliefs. During Renaissance period the roles of jewelry began to diverge. Increasingly jewelry served the role of body adornment, created solely for the purpose of improving personal presentation and beauty. While jewelry was already seen as sign of wealth many now began to collect it solely for the purpose of protecting ones’ wealth. As a form of currency it was easily protected, easy to sell and universally valuable.

The seventeenth century was the era of baroque design. (The term baroque comes possibly from the Portuguese baroce for a misshapen pearl.) Color gemstones lost favor and next it was diamonds that commanded the jewelry industry.

Today, jewelry is once again considered a sign of wealth and ones’ position in the society, especially bespoke designs, that are Gemme Couture’s specialty. It is also highly acceptable as a gift and a sign of affection as well as an important part of fashion.