August Birthstone – Spinel, the Stone That Created the Science of Gemology

It wasn’t long ago that spinel was thought to be a ruby due to its lustrous orange-red color. Mineralogist Jean Baptiste Louis Rome de Lisle was able to identify differences though between rubies and spinel minerals in 1783. Multiple stones previously assumed to be rubies are now able to be recognized as a spinel. There are two spinel gems, in fact, in the English crown jewels. Although spinel appears in a variety of colors such as pink, blue, purple and black, the brilliant reds are most popular and are sometimes referred to as “flame spinel.” Spinel deposits occur all over the world, but Southeast Asia was known in ancient times for exceptionally large spinel formations. Spinel has been added as an alternative August birthstone in recent years. 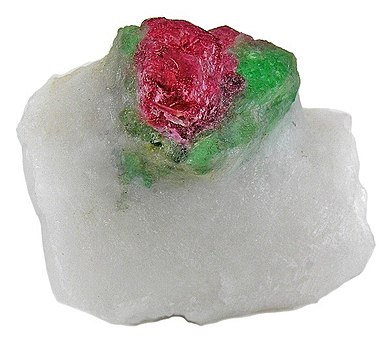 Spinel on top of a pargasite (a complex inosilicate mineral), and both perched and centered atop a marble matrix.

The History of Spinel Gemstone

Spinel gemstones come in a variety of colors like pink, red, orange, blue, purple, brown, and black. And since spinel grows in the same geologic conditions as Corundum with similar bright red and deep blue hues, it’s no wonder why they’ve been mistaken for rubies and sapphires for centuries. However, their chemical compositions differ. Spinel gemstones have isometric crystal systems while Corundum’s are hexagonal. These varieties are distinguishable by their optical properties as well. 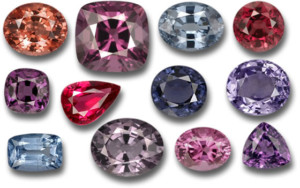 From the Greek word for spark or thorn, spinel has enjoyed the spotlight since ancient times. Spinel gemstones were often called Balas Rubies, as many originated from the Badakhshan mines near Afghanistan in the Hindu Kush mountains. Even Marco Polo wrote of this famed ruby and spinel mine as early as 1300 AD, reporting, “The stones are dug on the king’s account, and no one else dares dig in that mountain on pain of forfeiture of life as well as goods; nor may anyone carry the stones out of the kingdom.” From early on, it was clear these famous red spinel gemstones were reserved for royalty. 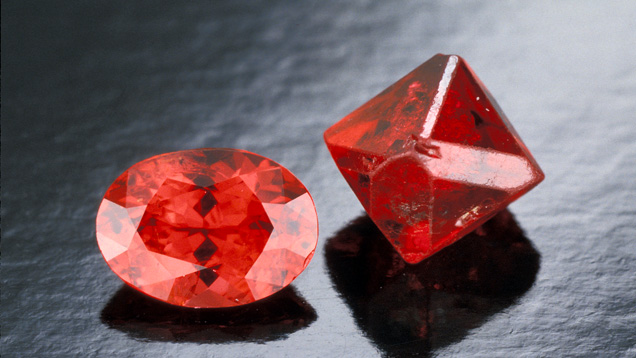 Consider spinel gemstones the tricksters of the geological world. These stones have pulled off countless high-profile cases of mistaken identity. Since they form in a range of colors — including deep red and blue — spinel without difficulty posed as rubies and sapphires for centuries. But just because spinel gemstones aren’t made of Corundum, does that make them less spectacular? Of course not! In fact, you’ll find red spinel in the crown jewels of many of most powerful monarchies.

Spinel is an exceptional candidate for the title of “History’s Most Underappreciated Gem.” Some ancient mines that supplied gems for royal courts from Rome to China produced spinel, but it was usually confused with better-known stones like ruby and sapphire.

In ancient times, the mines of central and southeast Asia yielded exceptionally immense spinel crystals. These attractive stones became known as Balas rubies, and some of them were the treasured property of kings and emperors, often passing through many hands as spoils of war. As a result, some of the world’s most illustrious “rubies” are actually spinel.

One of the most famous examples is the so-called “Black Prince’s ruby.” This historic crimson-red gem is set in England’s Imperial State Crown and displayed in the Tower of London. Smoothly polished and roughly octagonal in shape, it was probably mined in the mountains of Afghanistan. It first appeared in the historical records of fourteenth-century Spain, and was owned by a succession of Moorish and Spanish Kings before Edward, Prince of Wales—the “Black Prince”— received the stone in 1367 as payment for a battle victory. 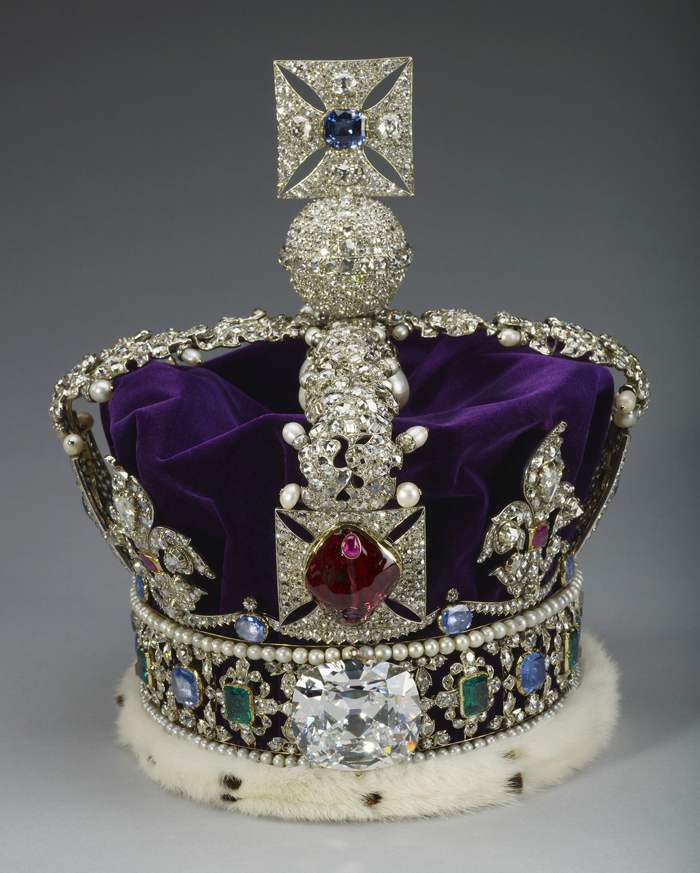 Since then, many other English monarchs—including Henry VIII—have cherished the gem. It’s outlasted them all, surviving fires, attempted theft, and World War II bombing raids, to become—with the Koh-i-Noor diamond—one of the centerpieces of England’s Crown Jewels.

Another large spinel in the Crown Jewels, the “Timur Ruby,” weighs over 350 carats. It, too, has a checkered history. Several Persian inscriptions carved into the gem testify to its age.

When the British annexed Punjab in 1849, they took possession of the Timur Ruby and the Koh-i-Noor diamond from Duleep Singh. The two gems have been owned together since 1612. The East India Company presented the Timur Ruby to Queen Victoria as a gift in 1851. It was set in a necklace in 1853. After it was lengthened in 1911, it was rarely worn. 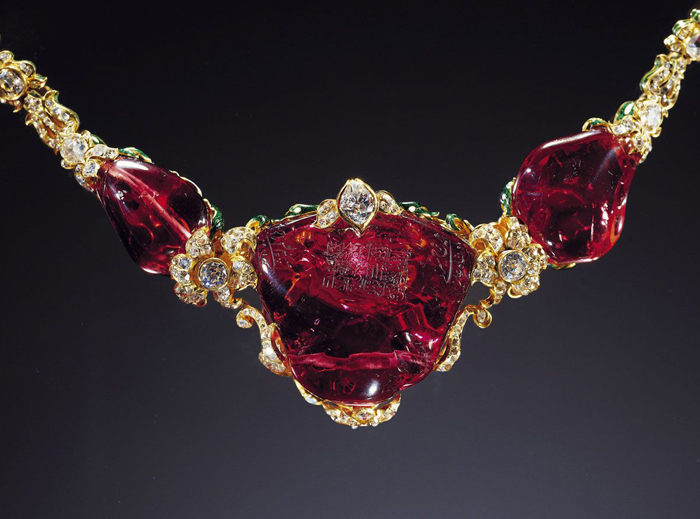 Beginning with Catherine II and ending with Nicholas II, Russia’s Great Imperial Crown features a large red spinel weighing 398.72 carats. This is believed to be the second-largest spinel in the world. 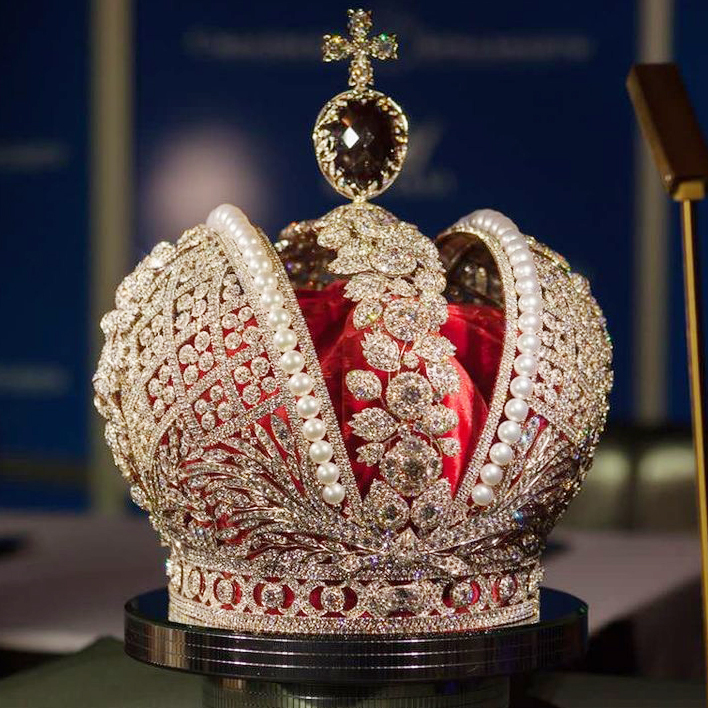 This crown was constructed in 1602 for Rudolf II, the Holy Roman Emperor. It was part of the Habsburg lineage until 1918. Red spinels are strewn about, along with zircon and pearls. 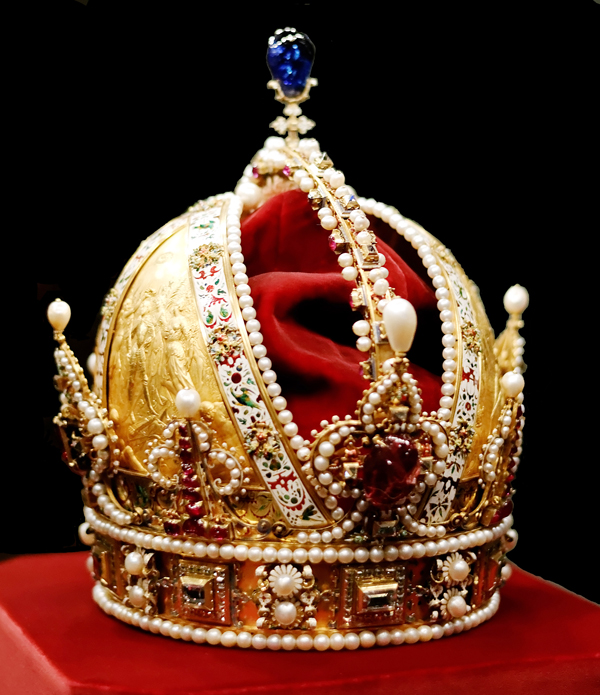 Modern technology hasn’t helped spinel’s confused identity as far as the general public is concerned. This is mostly the result of the widespread use of synthetic spinel as an imitation for many other gems. Most customers aren’t even aware that there’s a natural type of stone.

Spinel is a hardy stone with a Mohs hardness of 8. As a comparison, sapphire and ruby rank 9 on the scale and diamond is alone at 10. It is quite hard to scratch a spinel with most gems other than diamond, corundum or topaz. 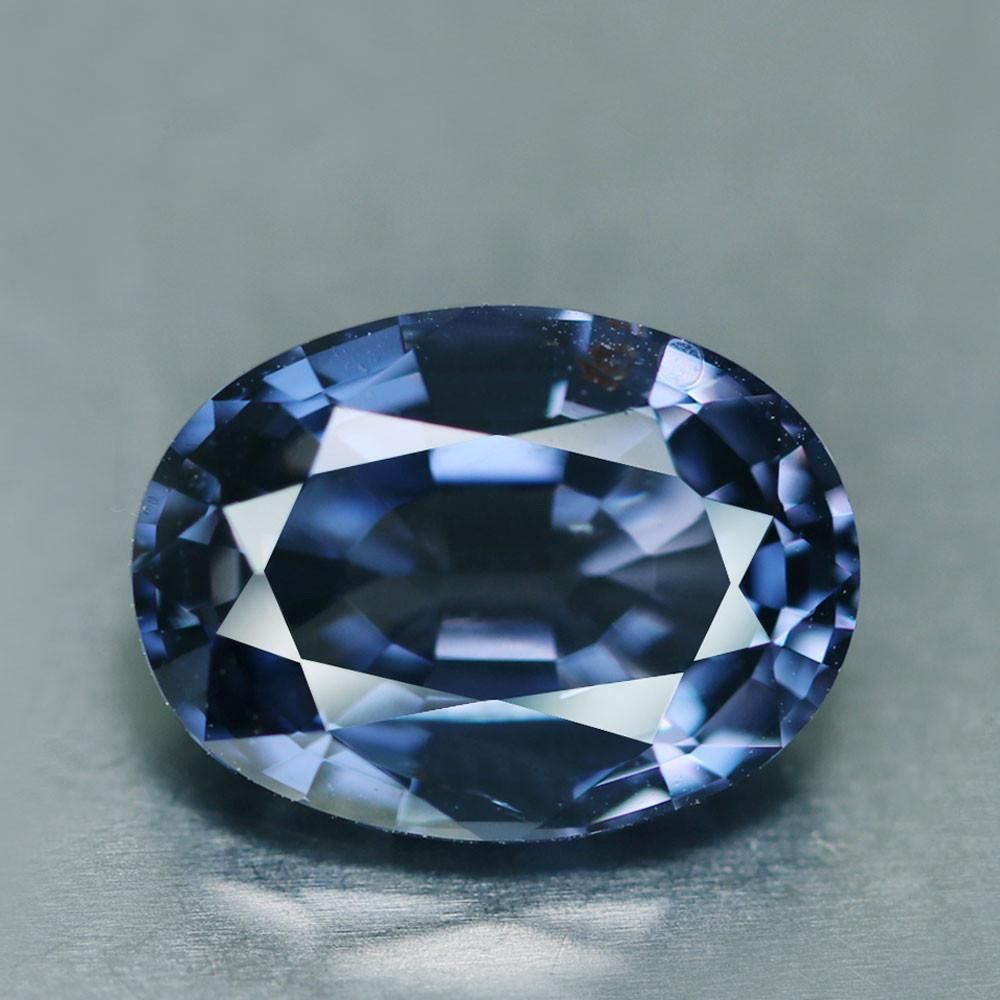 There are multiple cleaning techniques that are safe for spinel. Steam cleaners and ultrasonic machines are both secure methods. Steam cleaners and ultrasonic machines are both safe methods. Typically, however, an untreated soft cloth and soapy water will be enough. It is not recommended to boil spinel as a cleaning method. Since spinel has a higher Mohs, store this gemstone away from other softer gems so as not to mar the surface of those gemstones. 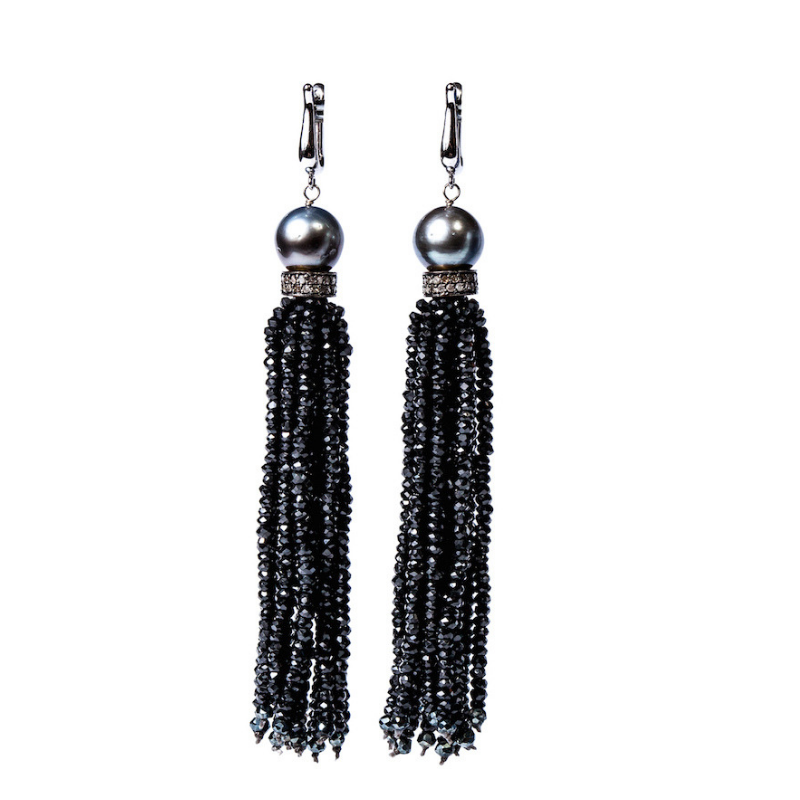 Today, when we are aware of the existence of this beautiful gemstone, Spinel can be found in many countries: Myanmar (Burma), Afghanistan, Madagascar, Pakistan, Australia, Italy, Sri Lanka (Ceylon), Brazil, Tanzania, Sweden, Turkey, Russia, and United States.

The natural spinels in today’s market are almost all untreated. Their relatively modest prices, availability in nearly any color, hardness, and suitability for most types of jewelry make them even more inviting. 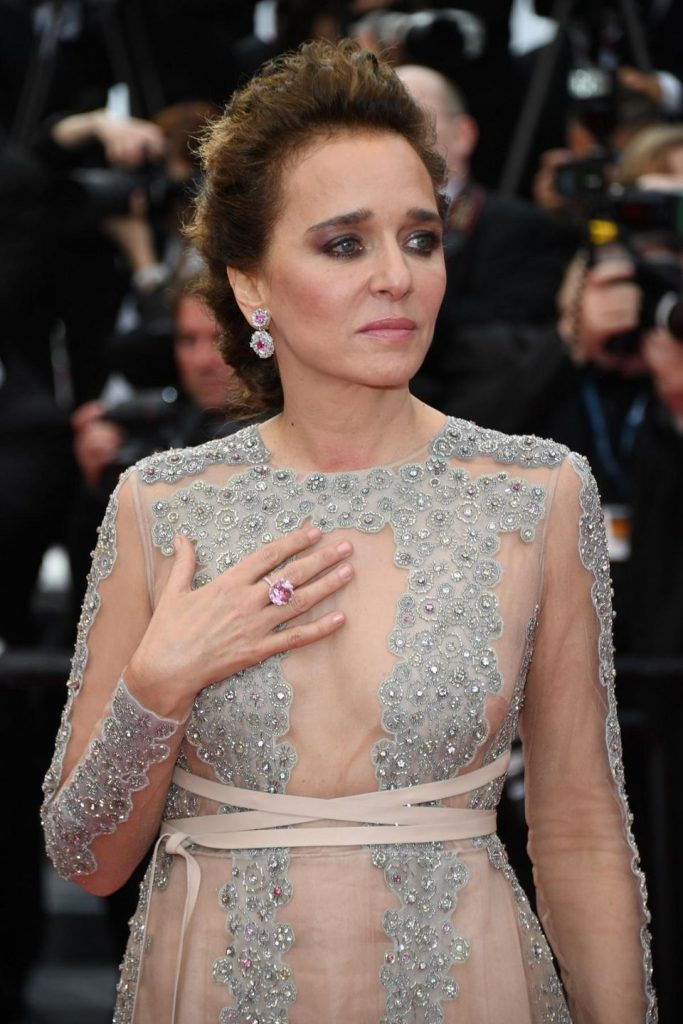 Since spinel occurs in multiple colors, this gemstone is a versatile addition to jewelry designs. Black spinel provides sophistication alongside pearls or gemstones like quartz crystal. Fiery-red spinel stands out against black gemstones such as jet and silver beads. Red spinel can be used to create Christmas jewelry when paired with green gems such as emerald. Turquoise is a great pairing as well, still playing on the contrasting color scheme without looking too much like a holiday design.

Why Would You Use Spinel?

Spinel is a stone of revitalization, and it can re-energize all aspects of yourself. This makes it an excellent stone for workaholics.

It will help release your stress and anxieties, and it will replenish your low energy levels, similar to Citrine.

This stone will bring you inspiration. It’s a stone that will also bring you new hope!

Spinel is a stone that will help get rid of your body’s toxins and wastes, both in the physical and energetic sense.

Spinel is connected with energy renewal, with overcoming tough circumstances, and with your body and mind’s rejuvenation.

It will open your chakras because of its extensive color range, and it will stimulate kundalini energies to travel up your spine.

This stone will align your physical, emotional, and etheric bodies. It will remove all the blockages that are preventing a smooth energy flow.

It will also promote physical vitality and ease all signs of exhaustion in your body, heart, mind, and spirit! 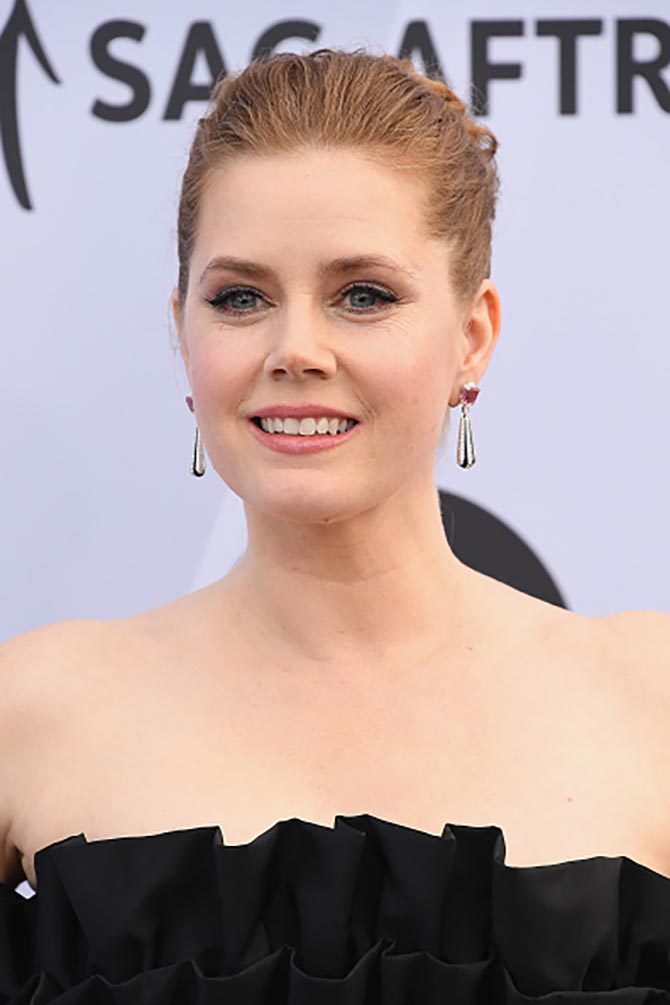 Spinel will also cleanse your aura and activate your connections to your physical body. It will also open your earth chakra and give you grounding energies.

It will stimulate higher communication and mysticism. It will also link the chakras in your physical body with your crown chakra.

Spinel will open and align your heart chakra, and it will encourage kindness, compassion, and love in you. 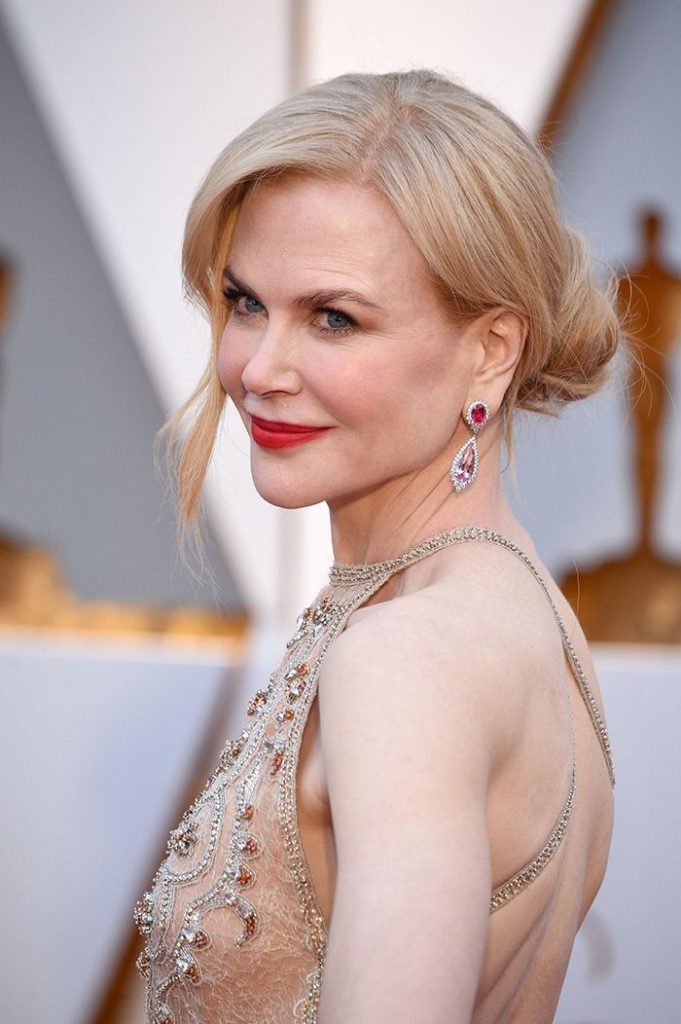 This stone will also strengthen your intuition and bring a balance to your emotions. It will boost your creativity and give you mental clarity.

The energies of this stone will increase your intellect and allow you to harness your personal power. It will stimulate your creativity and help you move past your fears and insecurities.

Spinel will allow you insight into your material or financial problems, and it will you the strength to keep going and follow through.

Anyone who wears this stone will remain absolutely focused on accomplishing their goals. 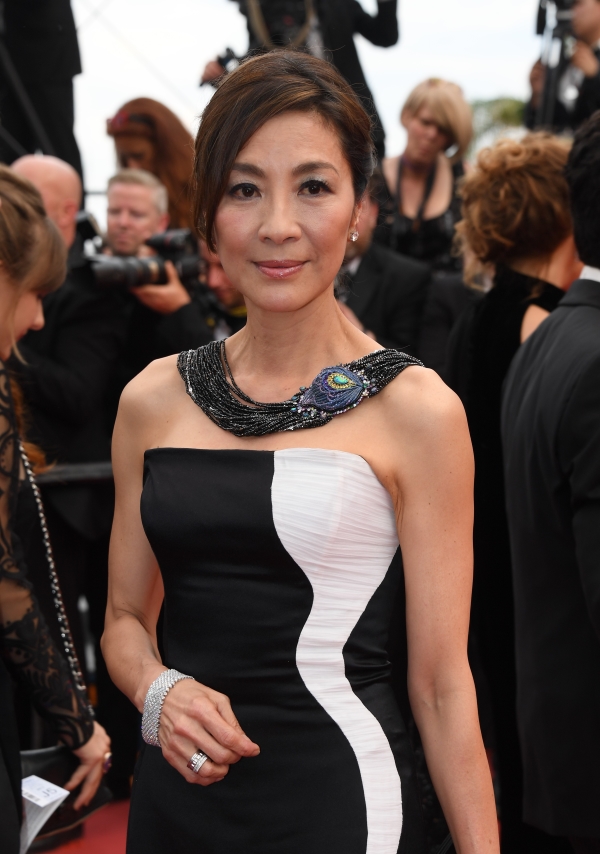 At the 2017 annual Cannes Film Festival kicked off on May 19, Michelle Yeoh walked the premiere red carpet in a white gold and titanium necklace set with black opal, 3,586ct of spinels, 37.58ct of sapphires, diamonds, tsavorites, and amethysts from the Maison’s High Jewelry Collection.

It’s an excellent stone to have when you have low self-esteem or low self-confidence because you will have stronger faith in all that you can do and achieve!

Spinel is not only a powerful healing stone. It’s also a beautiful stone that can make the loveliest and most elegant jewelry.

Black Spinel stone is also a crystal that helps tremendously in standing your ground and remaining free from negative influences. 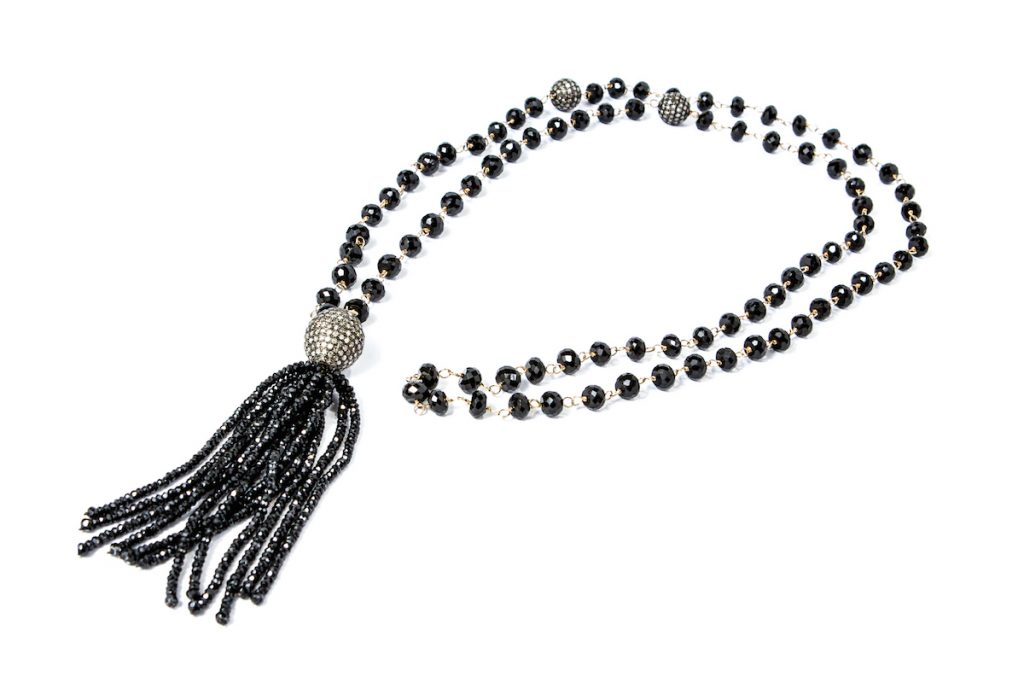 Istanbul NightsBlack Spinel Tassel and Diamond Ball Necklace from the Gemmes and the City Collection.