Gemstone Localities Around the World

Gemstone localities are found all over the world, so there are no particular locations where only gems are found. However, some states like Brazil, Burma, India, Mozambique, Tanzania and more have higher quality and more varied gems deposits.

We source many gemstones for our quality jewelry pieces and they come from all over the world. Gemstones are defined by the World Jewellery Confederation as “natural inorganic material” and, with the exception of pearls, which are organic, they come from very specific locations.

South America has an extensive history of gemstone production and arguably produces some of the finest gem specimens in the world. Out of the South American gem-producing areas, Brazil is by far the most prolific source of world-class gemstones. There is an enormous variety of gem types found in the country including aquamarine, amethyst, citrine, diamond, emerald, quartz, ruby, sapphire, topaz, tourmaline and many more. 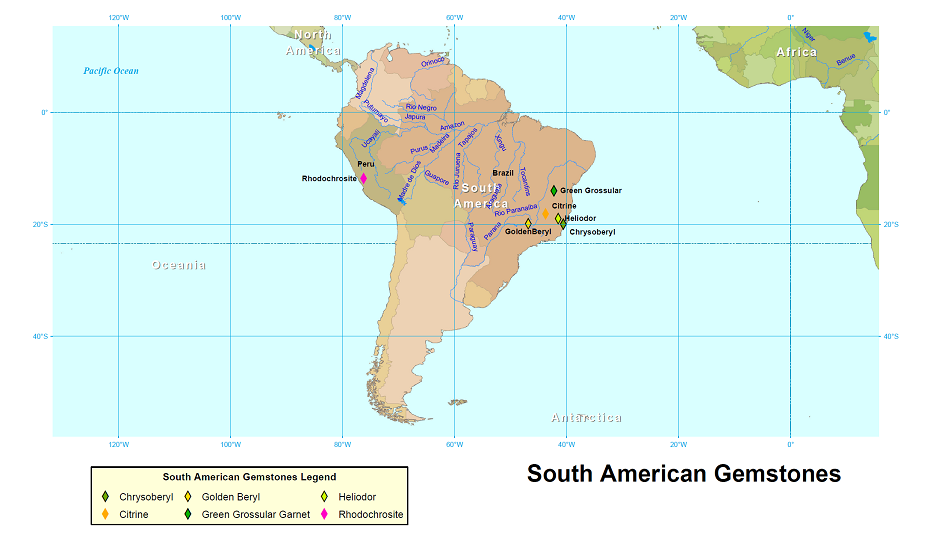 While Brazil is well known for its incredible range of gorgeous gems, Columbia represents the source of perhaps the finest emeralds in the world. Other countries in South America also help to expand the range of gems available from this one continent with Bolivia, Chile, Guyana, Peru, Uruguay, and Venezuela. They all provide a source of quality gemstones. Chile is a leading producer of beautiful blue lapis lazuli. 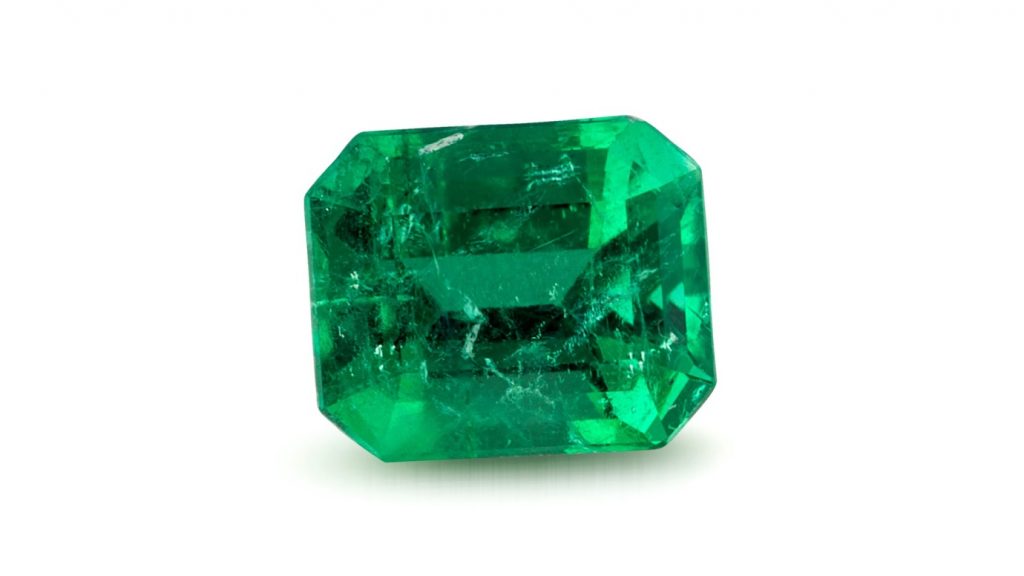 Without Russia, Europe is one of the less prolific producers of gemstones.

Russia is the world-renowned source for exquisite Diamonds and Garnets. Russia also provides the widest variety of gemstones of any country on the European continent; including alexandrite, diamonds, lapis lazuli, topaz, tourmaline, garnets, and emeralds.

Poland continues to be the premier source for high-quality amber across the globe.

Other gemstone deposits in Europe can be found in Spain, which produces aventurine, agate, and quartz. Spectrolite, a form of labradorite, can be found in Finland, and thulite is deposited in Norway. The United Kingdom is a source of fluorite and the only known source of Blue John in the world. Czech Republic is renowned for producing the best Moldavite in the world. Moldavite is a naturally forming glass that is believed to have formed because of a meteorite impact in southern Germany. 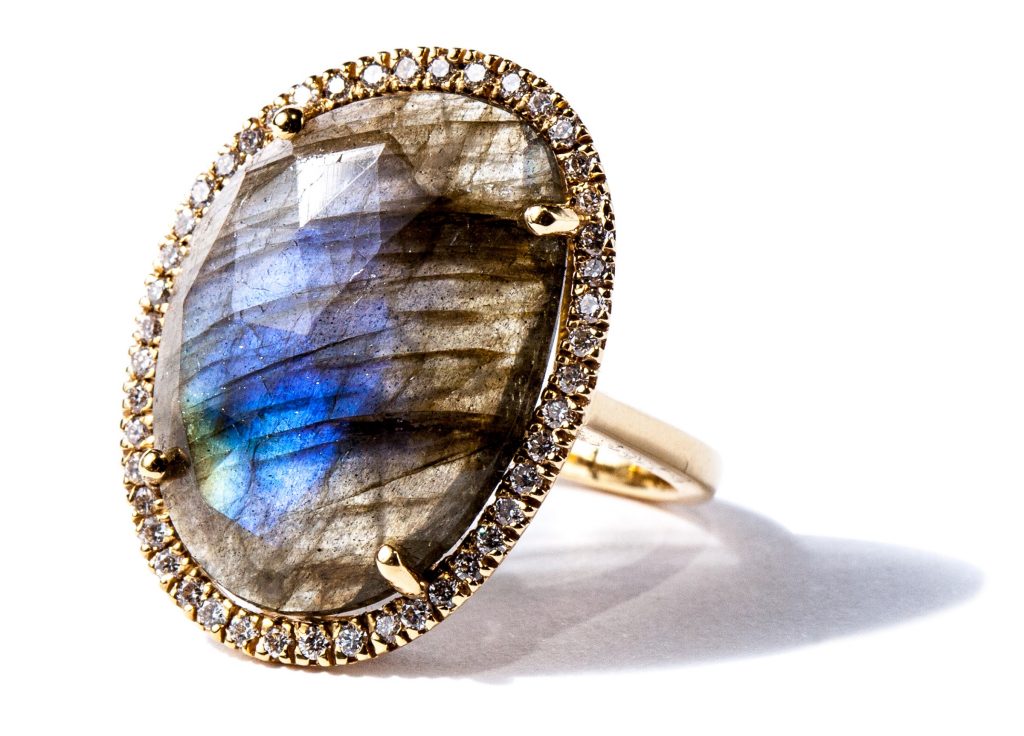 Asia offers an incredible variety of gemstones. The continent boasts many of the best quality gemstones in the world. Afghanistan is known for amazing Lapis Lazuli. Myanmar (Burma) produces the most desirable Rubies, of the most exceptional quality. 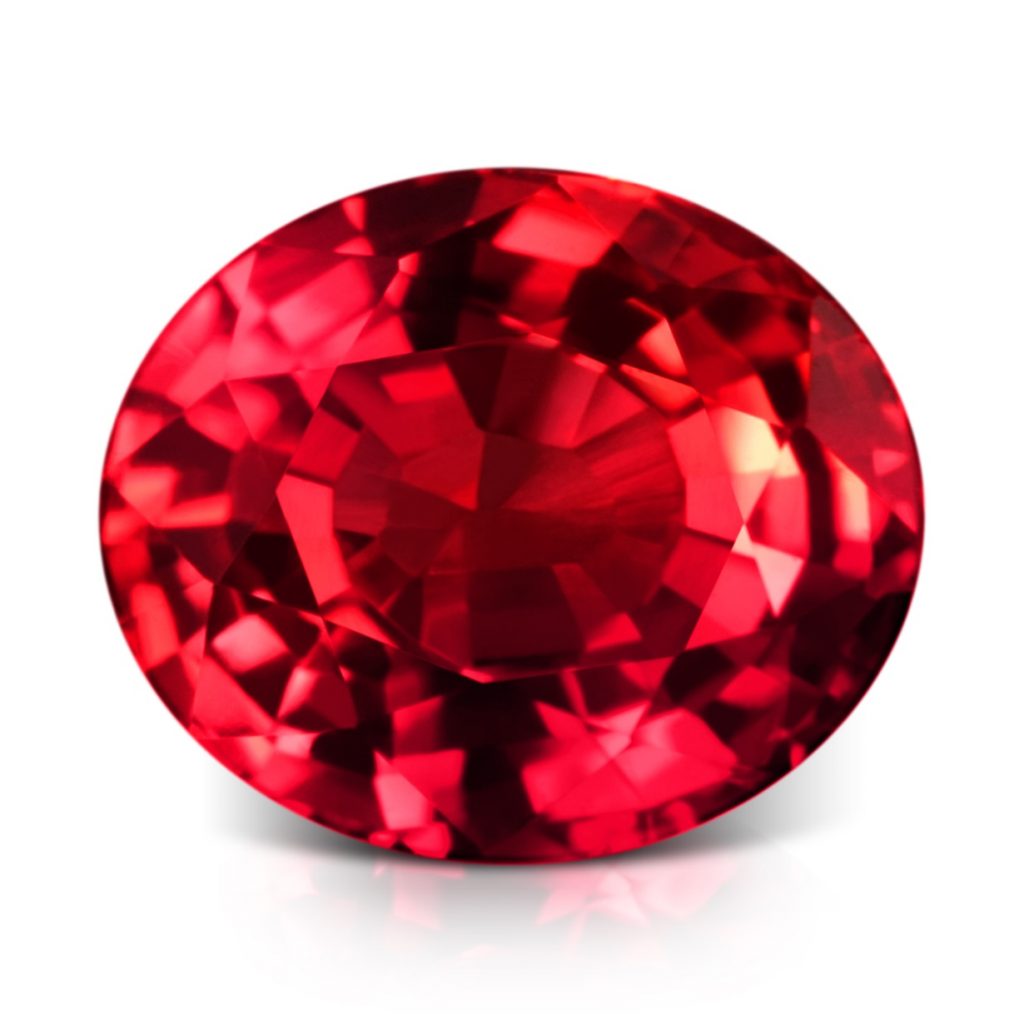 Nepal claims some of the best Garnets ever found. On the whole, Asian countries are prolific gem producers with Jade, Garnet, Sapphire, Diamond, Spinel, Aquamarine and Amethyst all mined across Asia.

From Indian  Diamonds to Vietnamese Sapphires, many countries throughout Asia contribute to the continent’s gem production. The growing gemstone industry in Afghanistan is opening up an extensive range of gems to a broader market. This once amateur industry is being formalized allowing more quality stones to be mined and exported. Four prominent regions in Afghanistan hold deposits of the emerald, ruby, lapis lazuli, aquamarine, and sapphire. There are very few known deposits of Lapis in the old world, and even though the ancient chronicles tell tales of Lapis mines in western Egypt and southwest Iran, the only currently confirmed deposits lie next to the Baikal lake, in the Pamirs and most of all, in Afghanistan. 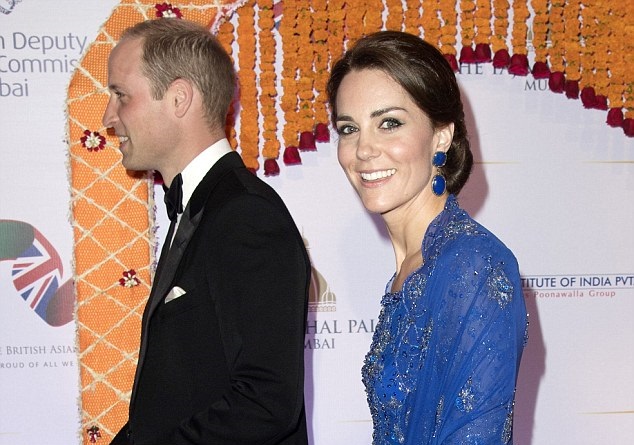 The Indian gem industry is also thriving with the increasing availability of emerald and sapphire.

Other countries that offer a rich supply of gems include Cambodia, Laos, Pakistan, Sri Lanka, and Thailand.

Africa, home of many gemstones

While most people will know that Africa is the major source of diamonds, the colored gemstone trade is gradually becoming more significant.

Madagascar is the large island off the southeast coast of Africa. It is a leading supplier of sapphires along with aquamarine, quartz, morganite, tourmaline, tsavorite, demantoid garnet, and labradorite.

Mozambique has also become one of the famous producers of Paraiba Tourmaline, and most of the global supply of Paraiba now originates from Mozambique. Perhaps the most important mining operation in Mozambique at the moment are the Mozambique Ruby mines.

Nigeria is highly-regarded for the blue sapphire as well as large quantities of fine tourmaline. Nigeria is also well-known for Almandine, Garnet, Aquamarine, and Topaz.

Meanwhile, Tanzania is a massive source of gems. It is particularly well-known for Tanzanite. Tanzanian Spinels from Mahenge have been in the spotlight. The colors of these Spinels can rival the most beautiful Rubies and have been steadily increasing in popularity. Other gemstones from Tanzania include the stunning Rhodolite Garnet, Tsavorite Garnet, and several exclusive stones such as unheated zircon. Mozambique also boasts excellent tourmaline in various colors. 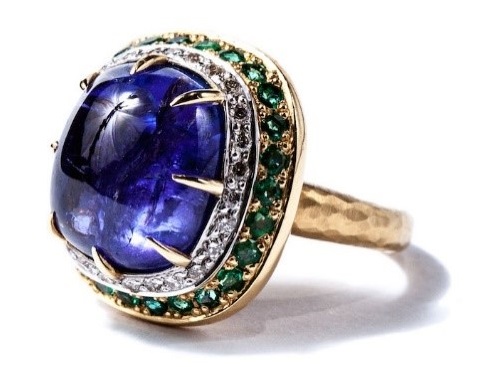 Australia is the main source of opals which come in an array of colors from white and blue to black, the fiercest and colorful of all.  Australia may be best known for its Opals and Diamonds but it also produces exceptional Chrysoprase and Sapphire specimens. 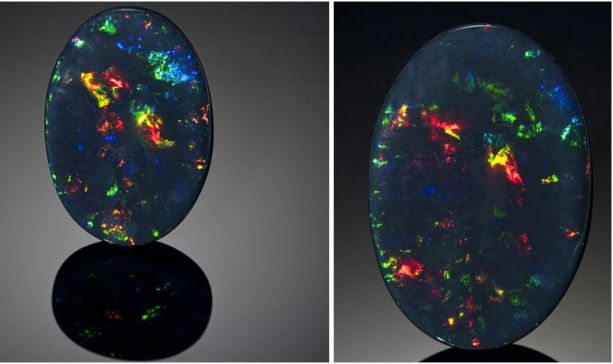 Australia is leading the way with pink and champagne colored Diamond finds and is the only significant source of pink Diamonds in the world. In fact, Australia boasts the biggest and most prolific Diamond mine in the world. Extraordinarily high-quality Opals continue to be found on the continent, boasting an incredible range of colors and fire that makes them desirable throughout the world. Australian blue Sapphires are growing in popularity as other sources across the world begin to dry up. 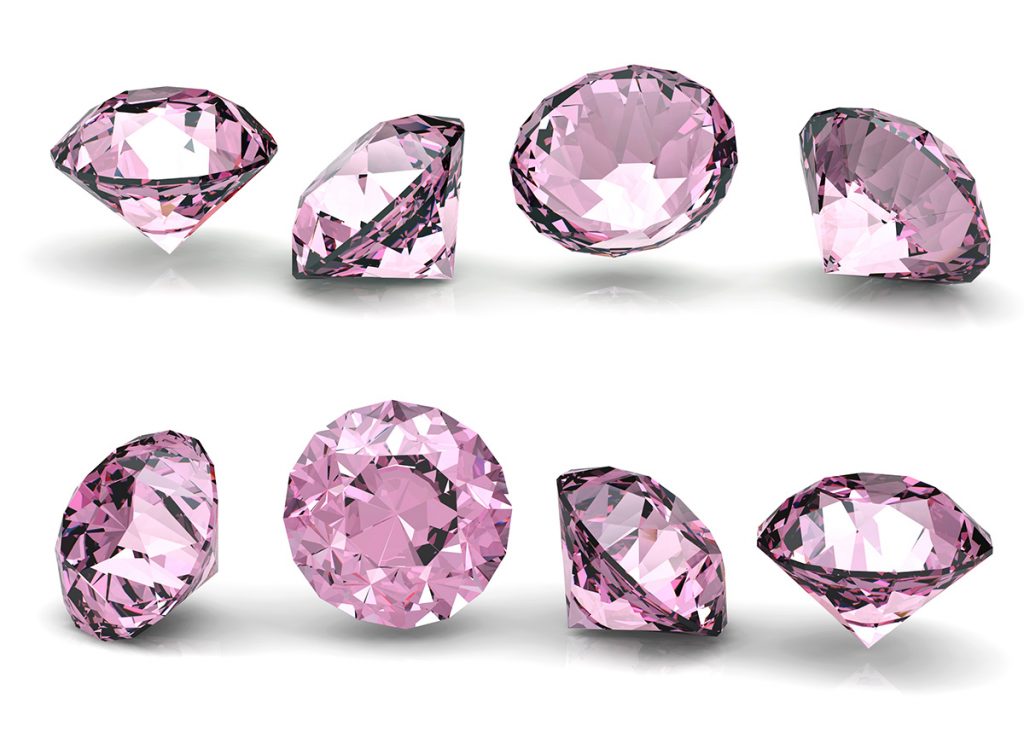 North America’s Gemstones in the US and Canada

You might be surprised to find out that North America is a source of a wide range of gemstones. Many states have a long history of gemstone mining including California, Arizona, Nevada, and Oregon. Turquoise is one of the most commonly found gems in North America with mines throughout Arizona and Nevada producing a beautiful range of turquoise in many shades. Other stones found in North America include Beryl, Coral, Ruby, Sapphire, Opal, Tourmaline and even Diamonds! 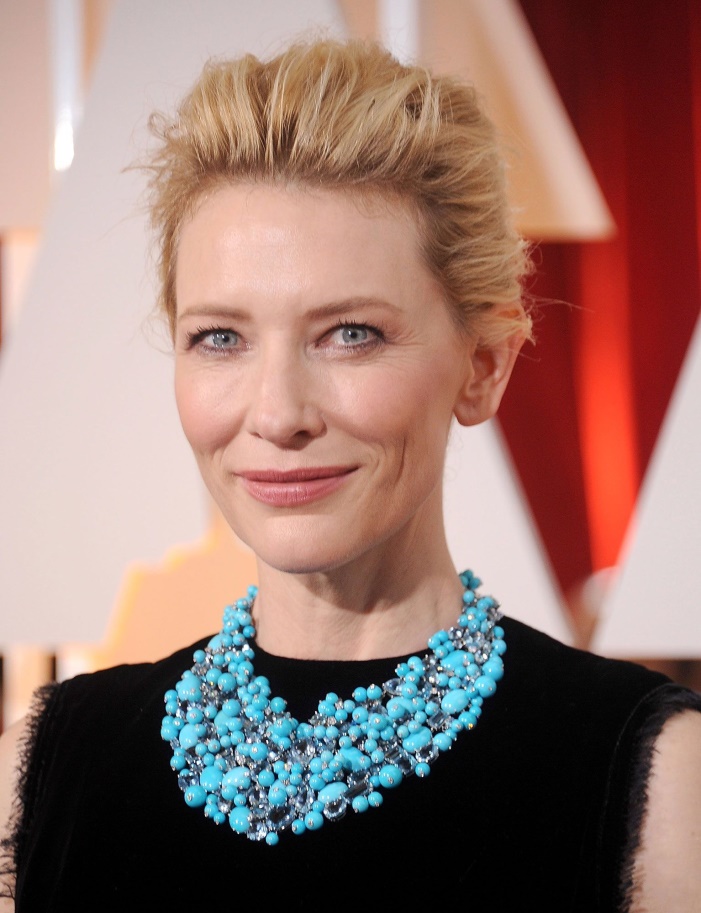 As you would probably imagine, much of the gems are sourced in the western regions of the USA. Colorado, Arizona, and Nevada, but lesser known are the areas of North Carolina, Tennessee, Arkansas and even Maine.

The regular names that we associate with Gemstones, such as Emeralds, Rubies, Beryl, and Sapphires are all mined in the USA. But there are also many unique stones that are peculiar to the region!

Unique to USA Gemstones is the Oregon sunstone. Sunstone has lovely copper, red and burnt umber tones and a glowing disposition that makes it a significant choice for jewelry. 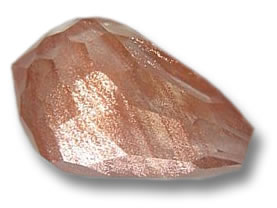 The USA is the world’s largest consumer of gemstones. More gemstones are actually sold in the USA than in any other country in the world. Over 99% of these gems are imported as there is very little domestic production. Most of the gemstones are mined in developing countries.

As the story about gemstone localities shows, gems come from every part of the world. They are mined, cut and polished to meet the market demand. 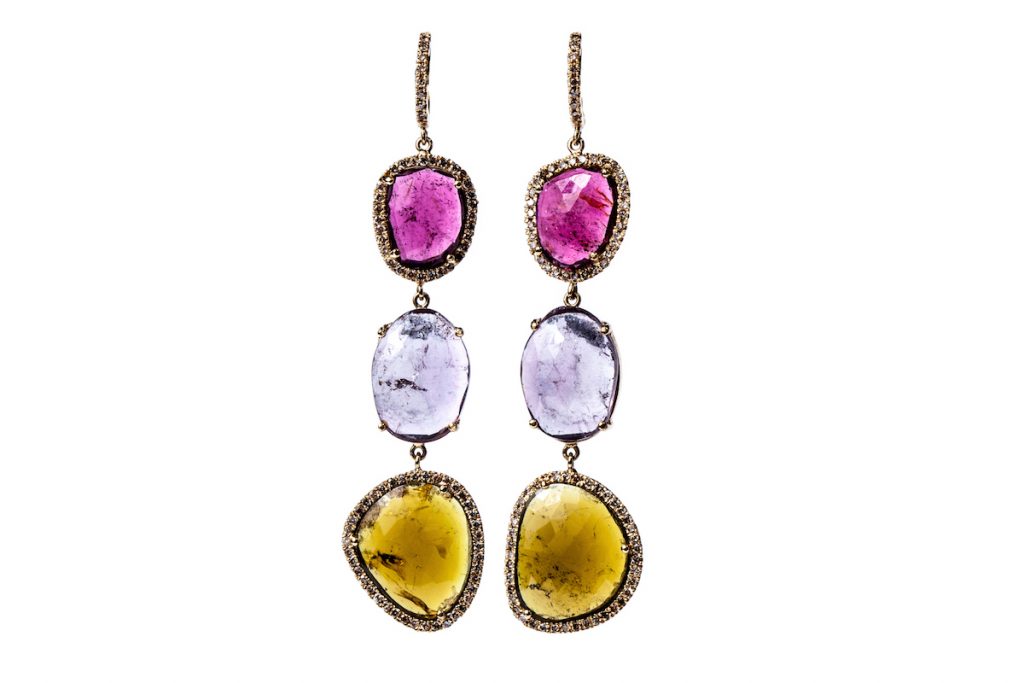 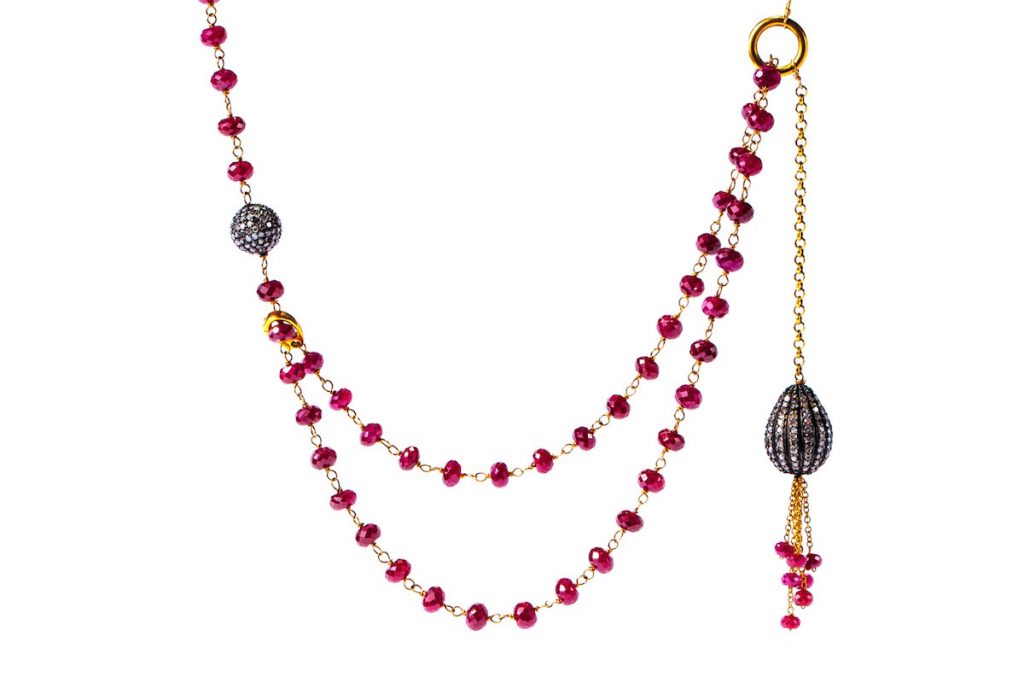 The best way to choose a gemstone is to go for something that appeals to you or your loved one in color, brightness or symbolic significance, like a birthstone. In this way, it will always preserve its emotional value and will be loved and treasured forever. And if you are a jewelry lover contact us and find your perfect jewelry piece today!