Rudraksha is a seed of Elaeocarpus ganitrus tree and plays an important role in a spiritual seeker’s life.

Rudraksha is a seed traditionally used for prayer beads in Hinduism. The seed is produced by several species of large evergreen broad-leaved tree Elaeocarpus ganitrus. Rudrakshas are primarily used in India as beads for organic jewelry and are valued similar to semi-precious stones 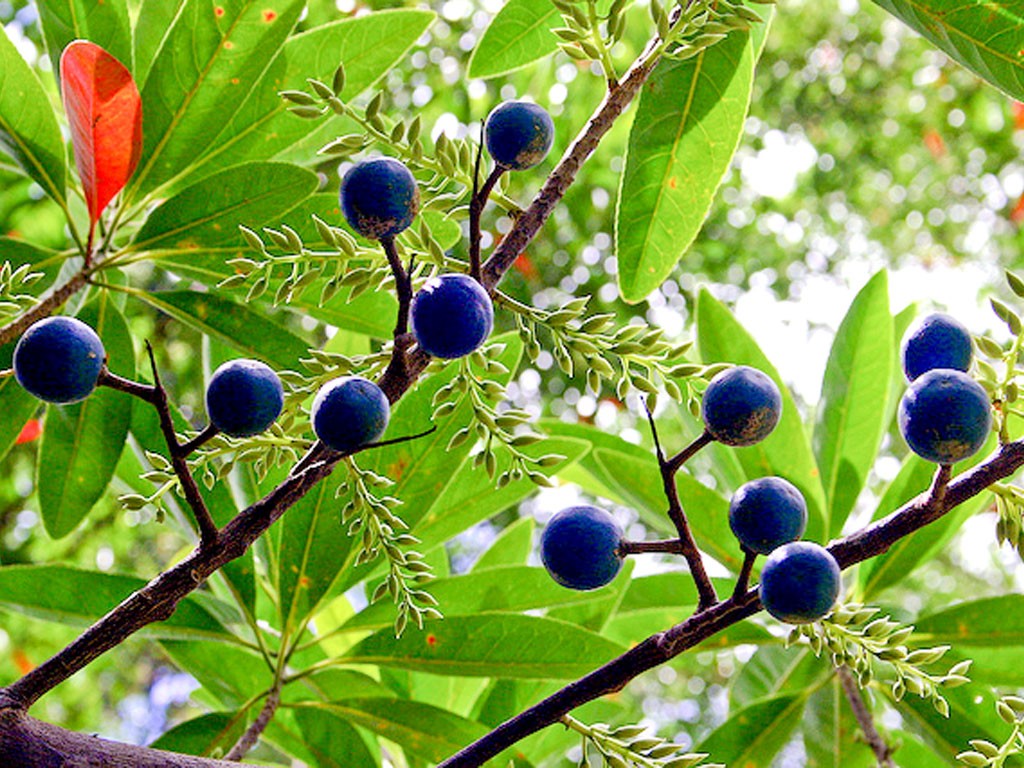 Elaeocarpus ganitrus or Rudraksha tree with its blue fruit. When the fruit turns brown it’s ripe and it’s sour in taste. Rudraksha trees are commonly found in the areas between the Foothills of Himalayas and Ganges plains and in Indonesia. When the upper coating of fruit is removed (with the help of a brush or sand) breakthrough the seed which is known as the magic bead – Rudraksha.

The divine qualities of this sacred bead were first found in ancient scriptures of Hindus. They are popular traditional healing beads extensively used to treat several diseases and also purify the wearer spiritually, mentally and physically.

The word Rudraksha is derived by the combination of two words Rudra (Lord Shiva) and Aksha (Teardrops) that as a whole denotes Lord Shiva’s tears. The legend says that Lord Shiva meditated for the welfare of all the living creatures and when he opened his eyes he saw suffering and pain all around. Because of this intense sorrow, tears fell off his eyes, and those tears were destined to wipe away the tears of the mankind. Lord Shiva’s tears fell on the ground and turned into Rudraksha trees. It is also believed that the seed of Rudraksha holds the secrets of the entire fruition of the universe within it. 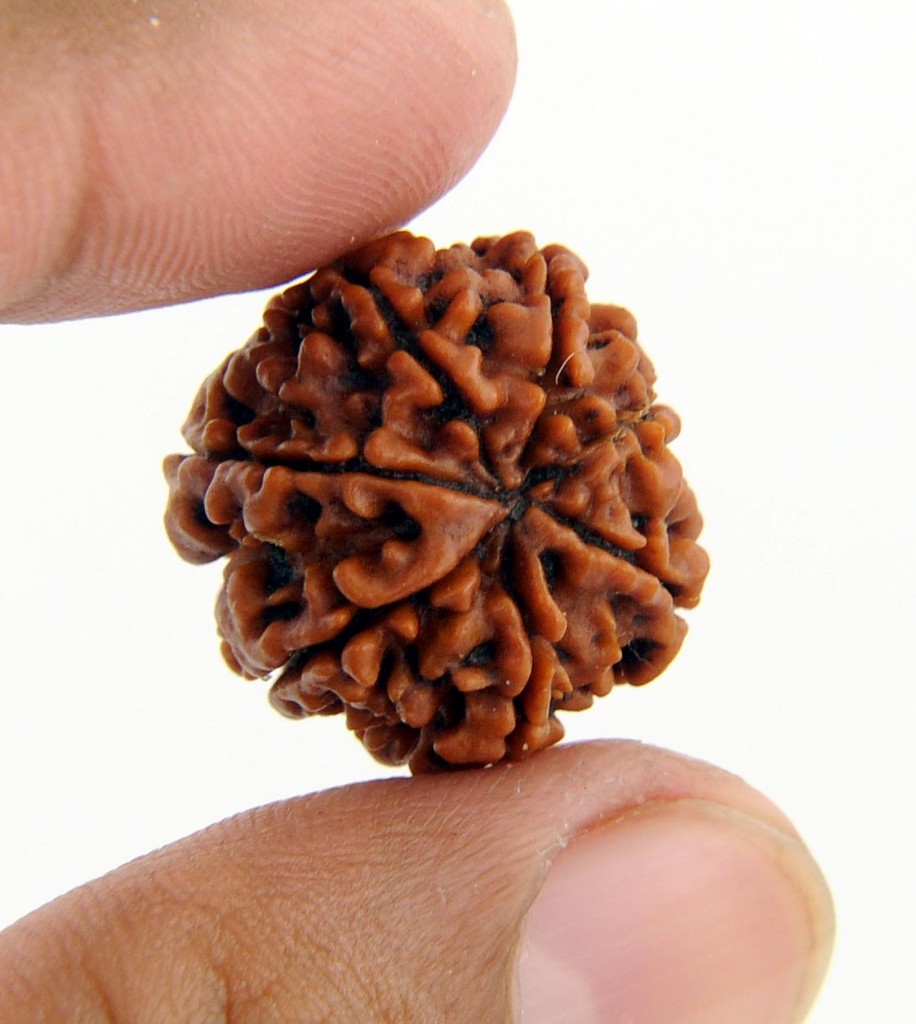 Rudraksha beads are mainly used as prayer beads in Hinduism, for fearless life to spiritual enlightenment and freedom. The sages, yogis, and devotees of Shiva have been wearing Rudraksha for centuries.  As per the Vedic scriptures the Rudraksha was made to remove ill effects and protects the wearer. 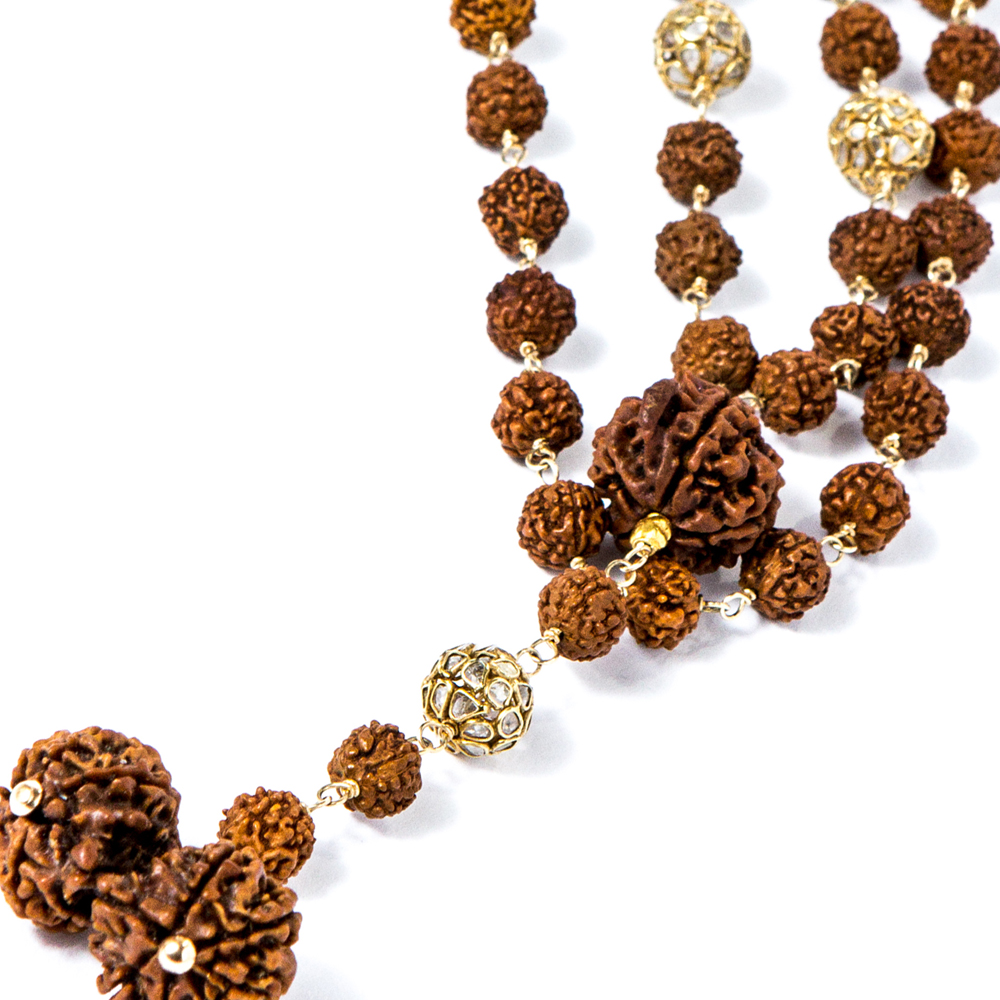 The Rudraksha seed has a distinctive nature; every Rudraksha seed is categorized based on its appearance. Most of the seeds have a natural hole in the center, to form a chain out of it. Every Rudraksha seed possesses 1 to 38 vertical lines, which run down to its surface, like the longitudinal lines on the globe. Those lines signify the difference between every bead, which are known as the faces or mukhi and are naturally found on the seed. It is also believed to represent the link between earth and heaven. 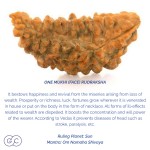 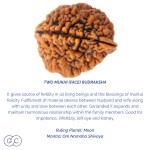 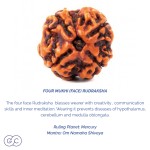 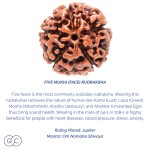 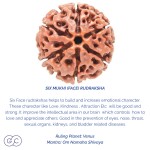 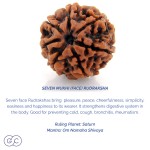 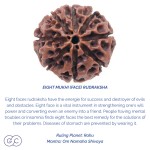 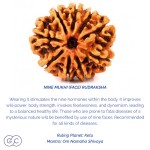 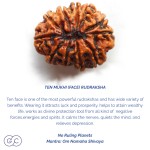 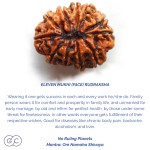 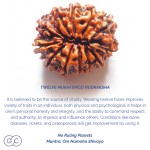 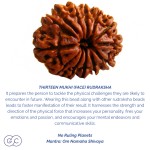 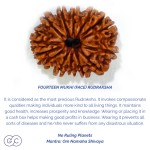 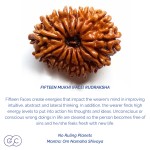 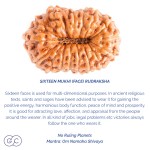 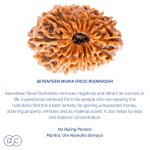 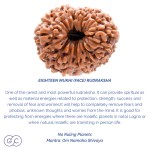 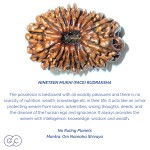 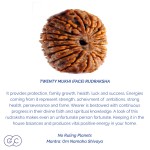 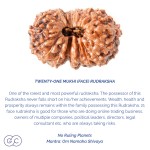 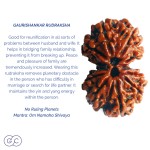 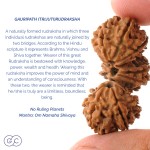 Meanings, planets and mantras of different mukhis. However there are mixed conceptions about Rudraksha, it is better to go with a bit of practice or an expert’s opinion rather than following assumptions.

Usually the beads are strung together as a mala. Traditionally, it is believed the number of beads should be 108 plus one. The extra bead is the bindu. There must always be a bindu to the mala, otherwise the energy becomes cyclical and people who are sensitive may become dizzy. An adult should not wear a mala with less than 84 beads plus the bindu. Any number over that is fine. The mala can be worn all the time. 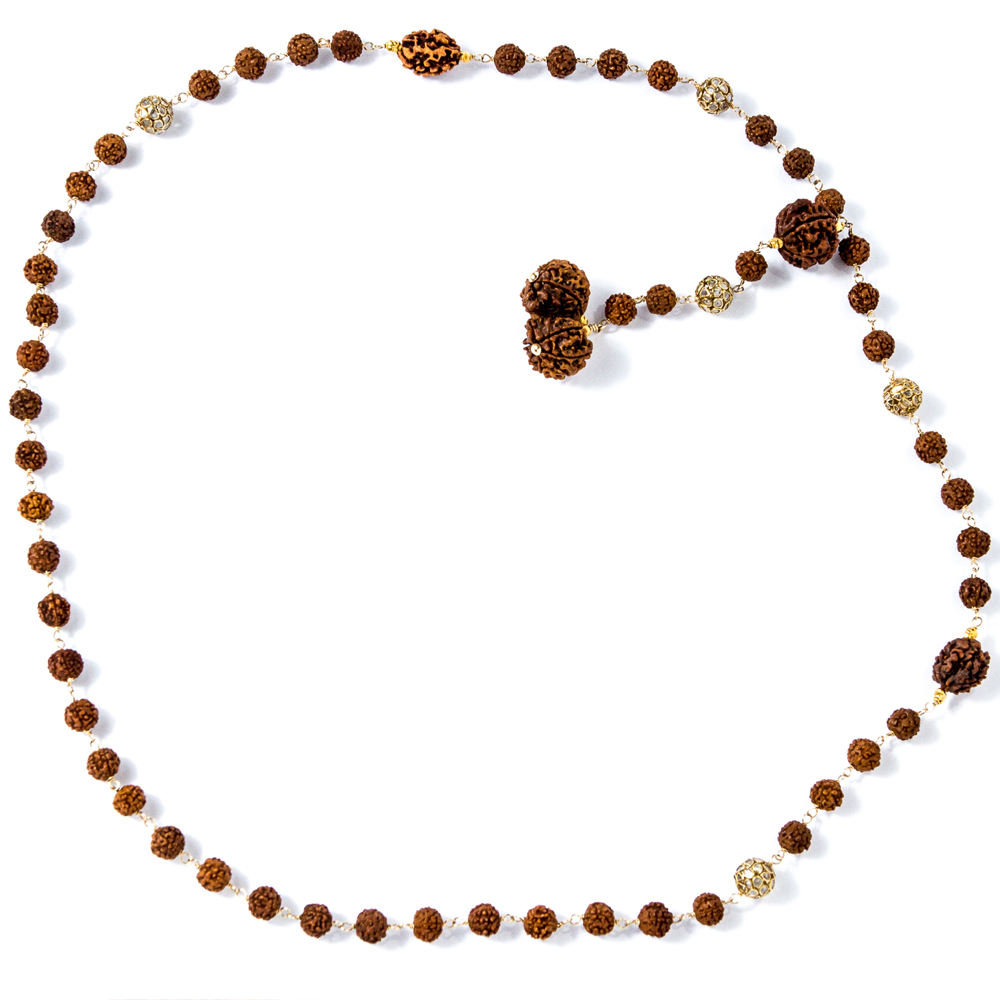 When mala is strung beads shouldn’t be too close to one another otherwise they will crack. – On the image above is a Gemme Couture Rudraksha beads, gold and diamond beads necklace

Whether you like them because of their meaning or you’re just a fan of their unique look – get your Rudraksha beads from Gemme Couture now! 😀

The History of Tourmaline, October’s Birthstone

Jewelry Trends 2019: All Kinds of Shapes, Materials, and Passions