For those celebrating a birthday in September, they’re thinking of their birthstone: the sapphire! Sapphire is one of the rarest gemstones on the planet. They are always in fashion. From blue to pink, sapphires of all colors are stylish staples of luxury. Sapphires hit the Hollywood stage every year, making regular appearances on the red carpet and in the collections of well-known celebrities and even royalty.

They complement fall attire. Sapphire jewelry adds a touch of color to fall fashion apparel. The gem accents other fall colors really well, especially gray, red, and orange hues. Wearing a sapphire makes a statement and adds a vivacious aura that brings warmth to the crowd. They wouldn’t be called the September birthstone if they didn’t.

Due to the remarkable hardness of sapphires— Sapphires (and Rubies) are second only to diamonds on the Mohs hardness scale, ranking at a solid 9 compared to a diamond’s 10. They are not just valuable in jewelry, but also in industrial applications including scientific instruments, high-durability windows, watches, and electronics. This hardness allows sapphires to be worn every day without the constant worry about them scratching or becoming damaged. Though it’s important to take care of your gemstones, sapphires can withstand chipping and breaking while being knocked or bumped. They’re also able to handle heat, light, and chemicals really well, bringing needed peace-of-mind to their wearers.

Although sapphire typically refers to the rich blue gemstone variety of the mineral corundum, this royal gem, in fact, occurs in a rainbow of hues. Sapphires come in every color except red, which would then be classified as ruby. Sapphires in any color but blue are called fancies. You can quite literally find Fancy Sapphires in every color of the rainbow. It often follows that fancy color also equals fancy cut, and many of these elaborate pieces will contain a range of cuts and color to focus attention on the luxuriously random feel of these expensive designs. 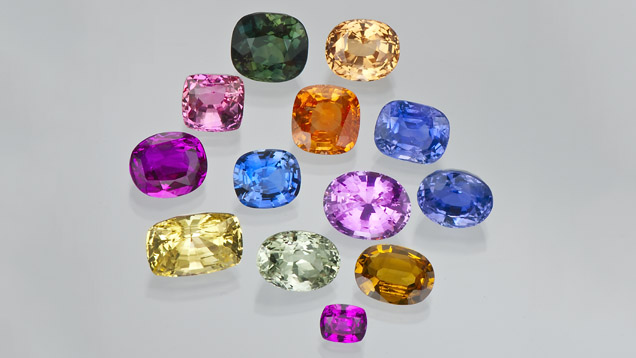 Sapphires are available in all sizes, shapes, and colors 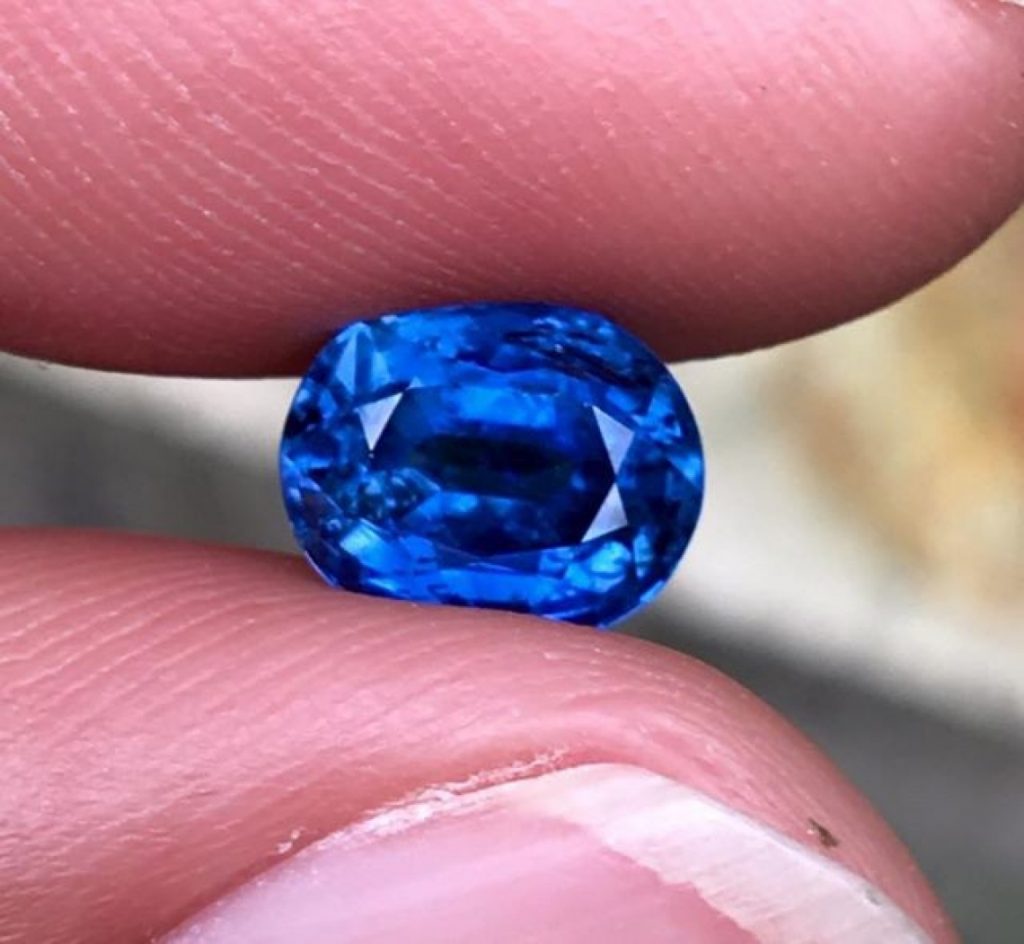 Blue Sapphire is one of the classic colored gemstones and is always in fashion. It is valued for its vivid color, its excellent hardness (9 on the Mohs scale) and its rarity. Collectors and investors search out particularly fine specimens, which have historically increased in value over time.

Blue sapphire colors range from pale blue to cornflower blue to royal blue, navy blue and midnight blue.  The main sources are Sri Lanka (Ceylon), Burma (Myanmar), Madagascar, Tanzania, Australia, and Thailand. At one time exceptional sapphires came from Kashmir, but no new material has been found there for about 100 years.

The prices and value of blue sapphire vary depending on the size and quality of the gemstone.  Color is the most important determinant, with saturated hues that are neither too light nor too dark being the most valuable. Blue sapphires tend to have better clarity than rubies, so eye clean gems are most desirable. Gems over 2 carats are rare and prices tend to increase exponentially with carat weight. Any high-quality blue sapphire over 5 carats would be regarded as very rare and collectible.

Although we have already written about Sapphires, and some of the most famous among them, we should mention Queen Elizabeth II’s collection, too: 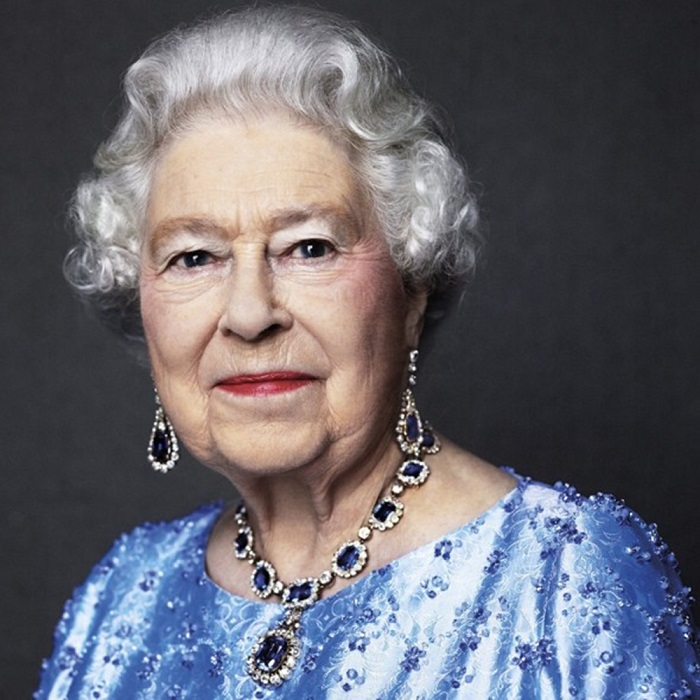 Queen Elizabeth is wearing a matching sapphire and diamond set given to her by her father King George VI for her wedding. It’s arguably one of the most famous jewelry pieces in the world 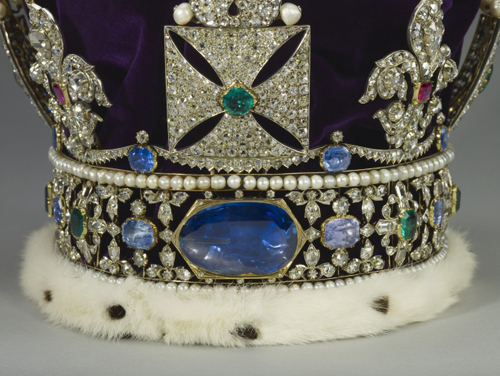 The sapphire weighing 104 carats is part of the Royal Crown Jewels of Queen Elizabeth II and was acquired by her ancestors in the 14th century.

The Star of India, weighing in at 563.35 carats, is one of the largest sapphires in the world, with a unique star shape that appears on both sides. It can be seen at New York’s American Museum of Natural History. 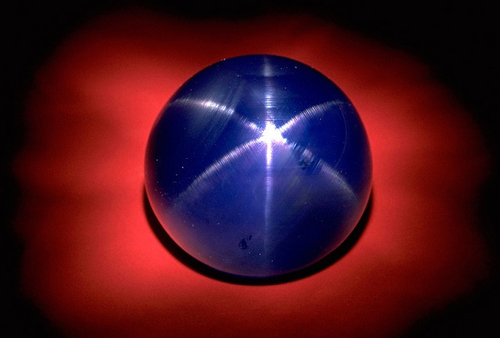 The Star of India

Star sapphires have a star-like marking inside the gem. Star sapphires can range in color from blue in various tones to pink, orange, yellow, green, lavender, gray or black. The most desirable color is a vivid, intense blue. Most star sapphire exhibits a white star, but star sapphire from Thailand is famed for its gold-colored asterism.

How Can Blue Sapphire Help You?

Blue Sapphire will give you the strength of mind so that you will not be easily swayed by other people’s thoughts and opinions.

It will encourage a better understanding of yourself, and it will help you become more secure in your own wisdom and convictions.

Blue Sapphire will inspire you to express your own truth to others, and this will bring your communication and relationship with them to a whole new level.

It will help you stay on a healthy spiritual path.

It will also strengthen your self-discipline and assist you with your daily tasks and actions that require extreme focus.

Blue Sapphire will help you during periods of transition, helping you figure out where you want to go and how you can get there.

it’s a good crystal for female entrepreneurs and businesswomen because it will help you achieve your goals and succeed without compromising your principles and your integrity. 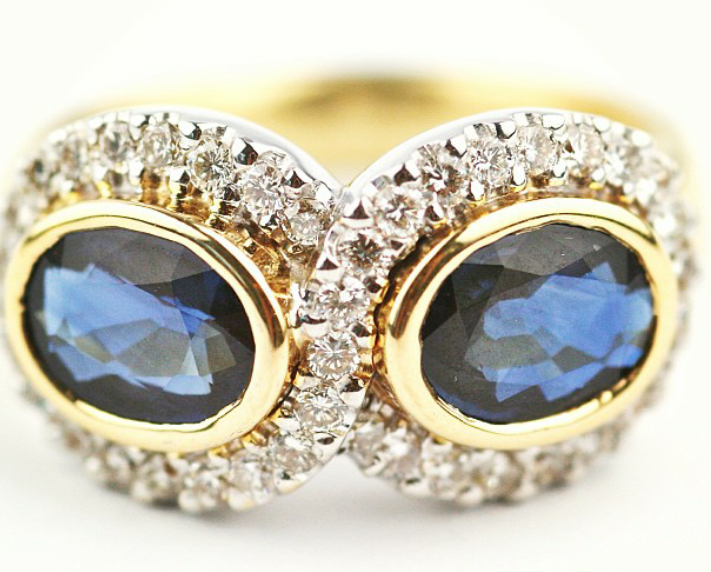 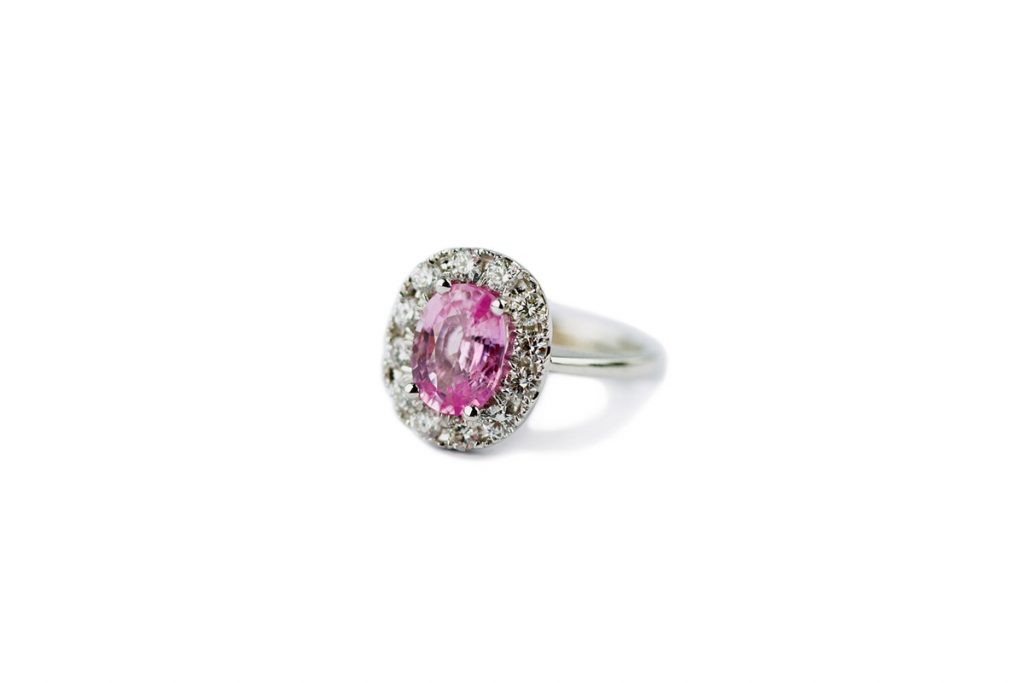 Nothing puts our mind into September mode quite like a yellow sapphire. Their bright, crisp brilliance sparkles like a late summer sun. Yellow sapphires are found in Tanzania, Madagascar, Thailand, and Australia, although Sri Lanka is the primary source. 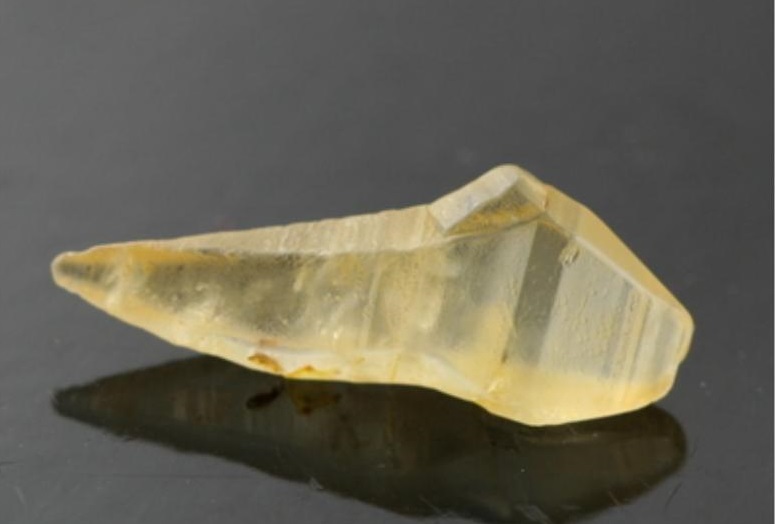 A Yellow Sapphire, Rough Before Cutting

The Yellow Sapphire gemstone possesses several amazing properties. Let’s take a look at some of the metaphysical properties of yellow sapphire stone:

– This stone is said to attract wealth and prosperity.

– It facilitates better decision making by stimulating the intellect in the wearer.

– It makes the wearer more confident and balanced in thinking.

– It helps in improving the risk-taking ability of the wearer.

– With yellow sapphire, a person’s ability to create ideas and goals and also to achieve them increases.

– One of the most loved stone properties is that it brings wisdom and knowledge to the wearer.

– It brings creativity into action.

– This stone strengthens the emotional system.

– It is also believed to bring a feeling of joy and happiness towards life.

This stone helps the wearer to let go of fears and the attitude of delaying work. 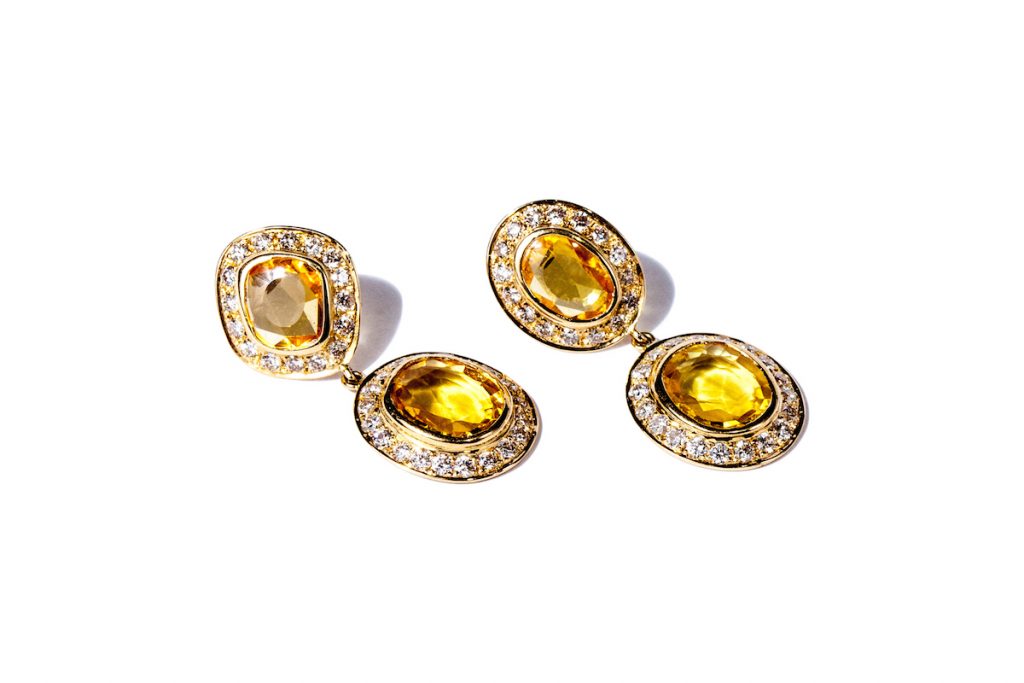 Purple Sapphire is from the Corundum variety, which is an aluminum oxide mineral. Purple Sapphire will bring you the wisdom of spiritual awakening. Its splendid energies will help you reduce your unnecessary worries and open up your crown chakra, which is the source of your spirituality.

This crystal will allow you to recognize the bonds that you share with yourself and all that is! It will promote a sense of oneness and peace.

Purple Sapphire is an excellent tool in meditation. It will enhance your psychic or visionary growth, and it will clear the path so that your chakras will awaken and your energies will arise.

Purple Sapphire is very calming to the body, especially when you’re experiencing unstable emotions. With the guidance of this gemstone, you will know your place in the universe and accept things as they are. You will be unfazed by your challenges because you will know that they are all a part of life. It will help you feel more relaxed. 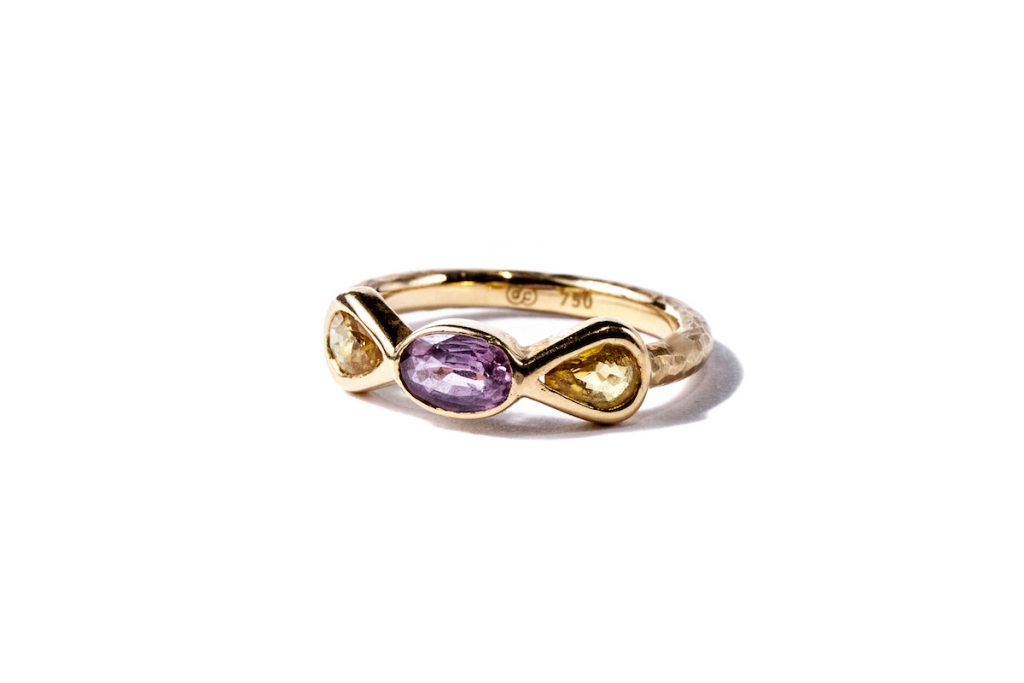 In the 18th century, a popular French writer called Madame de Genlis wrote a story called Le Saphir Merveilleux, or The Marvelous Sapphire. The story was so popular that soon the sapphire became a very fashionable gem among wealthy European couples.

Today the most famous sapphire engagement ring is the Duchess of Cambridge’s blue sapphire ring, which Prince William gave her when he proposed to her in Africa. The ring originally belonged to his mother, Lady Diana.

Actor Javier Bardem gifted wife Penelope Cruz with a beautiful blue engagement ring. The 3-carat oval stone is a sapphire set in a flower-shaped, diamond halo. The vintage gem is estimated to cost more than $30,000. 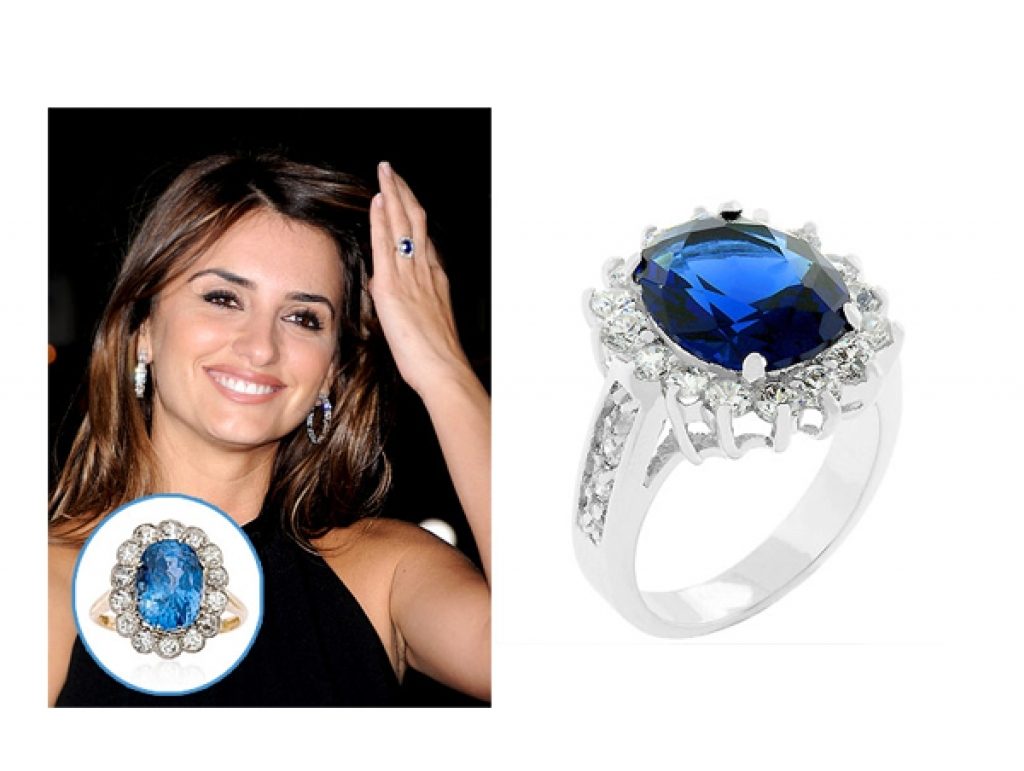 Sapphires have been prized as great gemstones since 800BC. Rulers of ancient Persia believed the sky was painted blue by the reflection of sapphire stones. And a great poet once described the sapphire as “the blue of a clear sky just minutes after sundown.”

Blue sapphires were a holy stone to the Catholic church and to Ancient Persians, who believed they made the sky blue with their reflections. To some religions, the blue color of the sapphire represents the heavens.

Sapphires are stones of the apocalypse, and ancient lore held that the tablets upon which the Ten Commandments were written, were actually sapphire.

In ancient Greece and Rome, kings and queens were convinced that blue sapphires protected their owners from envy and harm. During the Middle Ages, the clergy wore blue sapphires to symbolize Heaven, and ordinary folks thought the gem attracted heavenly blessings. In other times and places, people instilled sapphires with the power to guard chastity, make peace between enemies, influence spirits, and reveal the secrets of oracles.

In folklore, history, art, and consumer awareness, sapphire has always been associated with the color blue. Its name comes from the Greek word sappheiros, which probably referred to lapis lazuli. Most jewelry customers think all sapphires are blue, and when gem and jewelry professionals use the word “sapphire” alone, they normally mean “blue sapphire.”

One of the most fascinating sapphire legends comes from the Far East.

More than two millennia ago, a people called Khmer lived in Burma, now Myanmar. Their biggest temple was dedicated to the Golden Goddess, Tsun-Kyan-Kse, who had blue sapphire eyes. 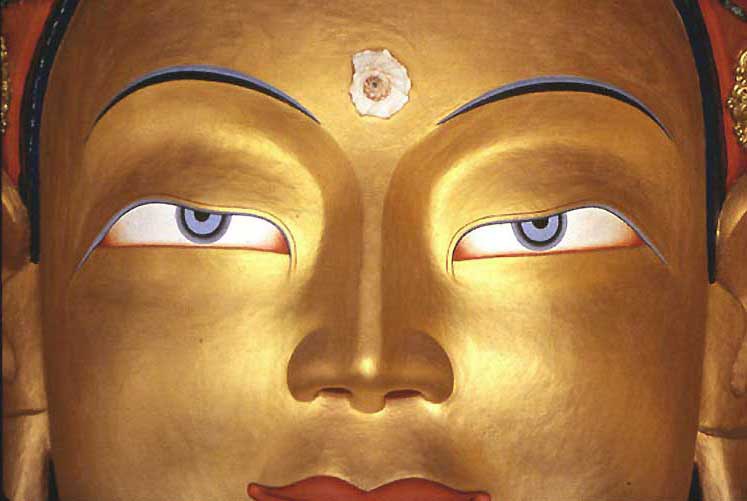 Under the Golden Goddesses’ protection, lived hundreds of brown and black temple cats. One of them, a dark brown cat, was called Sinh. He was the devoted pet of the temple’s wisest monk, the Grand Lama.

Sinh, the Lama’s faithful cat, put his paws on his dear master’s body and lifted his gaze to the statue of the Golden Goddess which stood in the middle of the temple.

Instantly, cat’s dark fur turned golden, and his eyes became two blazing blue sapphires. That’s why, the legend claims, to this day the Birman cat is known for its sapphire-blue gaze. 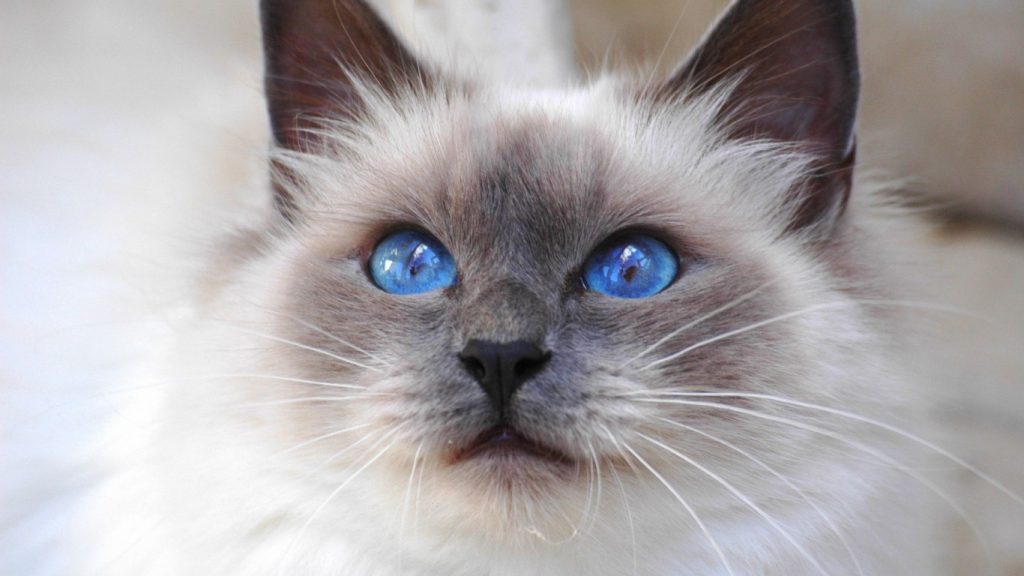 Because of their hardness, Sapphires can be cleaned in almost any way. Warm, soapy water is best, though you might also try ultrasonic cleaners and steamers. You can also try using water with a touch of ammonia in it. If you have a fracture in your sapphire or own a star sapphire, do not use mechanical cleaning methods as a sapphire can shatter with one single blow, if hit sharply. This may be especially risky if the stone has inclusions, which weaken the crystal structure. As with most valuable stones, avoid doing heavy work or coming into contact with chemicals while wearing your stone, as they can damage your settings.

Sapphires are extremely durable, beautiful and valuable. For this reason, they make perfect, lasting gift jewelry for all kinds of big and small occasions. The traditional Sapphire Wedding Anniversary is the 45th. And of course, in September (or for anyone born under the sign of Virgo) sapphire is the ultimate meaningful birthday gift. Need some inspiration? View our collections of designs featuring the sapphire! 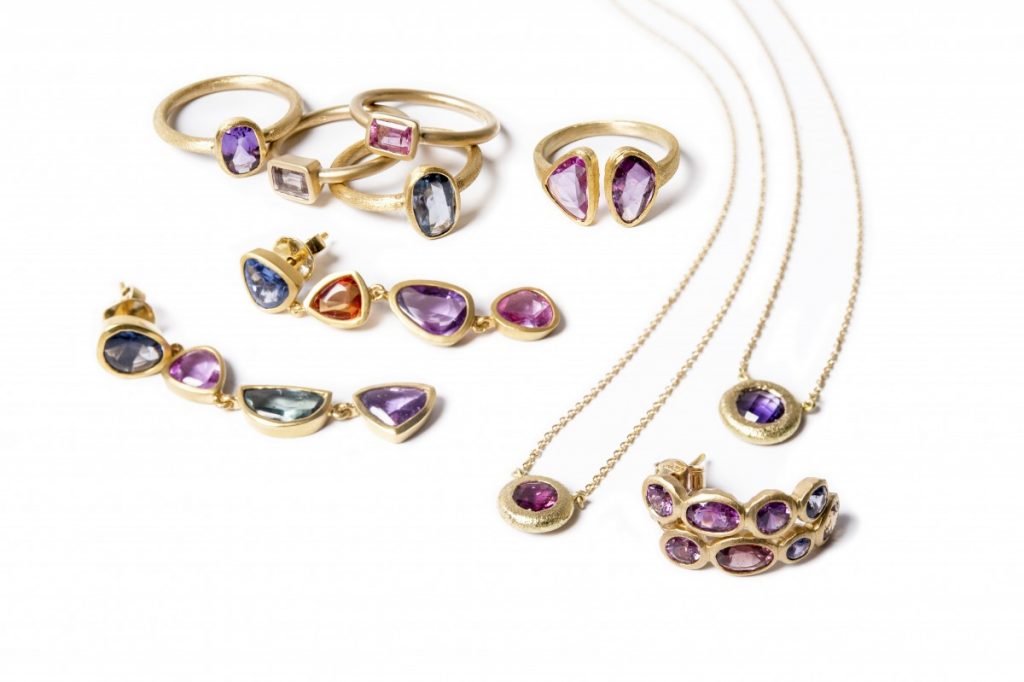